Govt paid Rs65b in markup on financing for power firms

Govt paid Rs65b in markup on financing for power firms 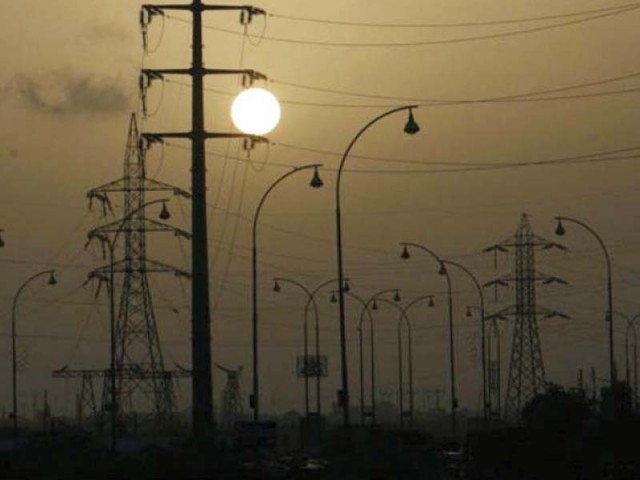 The distribution companies would have to arrange funds through more borrowing from banks in an attempt to clear their liabilities payable to the syndicate. PHOTO: FILE

The interest was being paid from the revenues collected by the distribution companies from power consumers in the shape of debt servicing surcharge.

The disclosure was made in a meeting of the Economic Coordination Committee (ECC) held on November 10.

The ECC was told that an agreement for the Rs136.45-billion term financing facility was signed between Power Holding (Private) Limited and a syndicate of banks.

The financing programme, aimed at providing much-needed money for the power distribution companies for debt repayment, was originally designed for five years with a grace period of two years.

However, the tenure was subsequently extended to seven years and the grace period was also spread to four years, which was approved by the ECC on October 30, 2014.

The government imposed the debt servicing surcharge on power consumers and collections made under that account were utilised to bear the cost of markup on the term financing facility.

Since the financing facility came into effect, seven markup installments amounting to Rs65.08 billion have been paid to the syndicate of banks. An installment amounting to Rs11.37 billion of the principal loan amount is also payable every quarter now.

A representative of the Ministry of Water and Power revealed in the ECC meeting that it was working with the Ministry of Finance on a settlement plan for the liabilities, but due to the limited space and liquidity, the power companies did not have the capacity to pay installments of the principal loan.

The distribution companies would have to arrange funds through more borrowing from banks in an attempt to clear their liabilities payable to the syndicate, it said.

The proposed loan would be arranged by Power Holding Limited through another syndicated term financing facility from the existing consortium of commercial banks, which would be utilised to adjust the earlier facility of Rs136.45 billion. The syndicate had agreed to provide the financing.

The Finance Division has also approved terms and conditions of the facility and asked the water and power ministry to approach the ECC for approval of fresh government guarantees.

The ministry told the ECC that Power Holding Limited was a public sector enterprise without assets and it would be responsible for arranging the next Rs136.45-billion loan for the power companies.

The Ministry of Finance would provide government guarantees for repayment of the loan as well as bearing interest expenses. The payment of markup, principal amount and all other obligations becoming due would be the responsibility of Power Holding Limited.

In view of the arrangement, Power Holding Limited would be entitled to a 1% rebate amounting to Rs1.36 billion per annum on markup payment within 15 days of the due date.