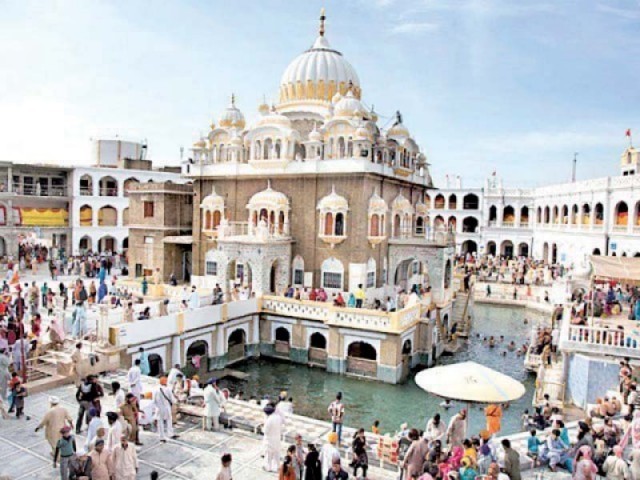 RAWALPINDI: About 2,000 Sikh pilgrims from India will start reaching Panja Sahib in Hassanabdal on Tuesday to celebrate the 548th birth anniversary of Baba Guru Nanak. Special security arrangements have already been made for the visitors.

The Sikh pilgrims will come to Hassanabdal in special trains from Lahore and they will reach the town around midnight on November 15 and 16. Some 1,000 more Sikhs from different parts of Pakistan and other countries will also visit Gurdwara Panja Sahib to celebrate the birthday of their spiritual leader Guru Nanak, who would come to Hassanabdal to meditate.

District Coordination Officer Attock Rana Akbar and District Police Officer Zahid Marwat on Monday visited the temple to examine security and other arrangements for the pilgrims.

According to the information obtained from the district administration and the police, about 1,000 police personnel have been deployed to provide security to the pilgrims. The police personnel will carry out their duties in three shifts.

Special police teams will escort the pilgrims from railway station to the gurdwara after proper searching and scanning of the roads leading to the gurdwara.

After entering the gurdwara, pilgrims will not be allowed to leave for security reasons. They could only visit nearby hospital in case of emergency under police security. One entry and one exit gate will be used with proper checking of the luggage and pilgrims.

The gurdwara has a large residential complex to accommodate the pilgrims. Food stalls have also been set up inside. There was a well-equipped medical dispensary inside the gurdwara to provide medical care to the pilgrims.