The man believ­es that his dead girlfr­iend reinca­rnated into a Cobra
By News Desk
Published: November 12, 2016
Tweet Email 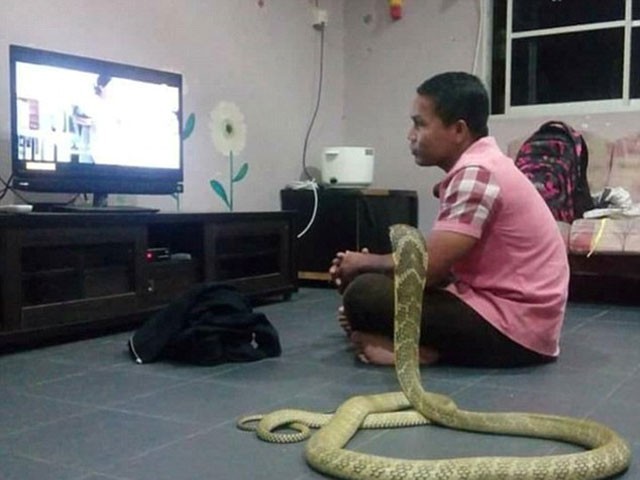 A Thai man has married his pet snake believing it to be his dead girlfriend.

The man who could not be identified, believes that his dead girlfriend reincarnated into a Cobra. He spotted the snake in South East Asia, and said it bore a ‘striking resemblance’ to his former lover. 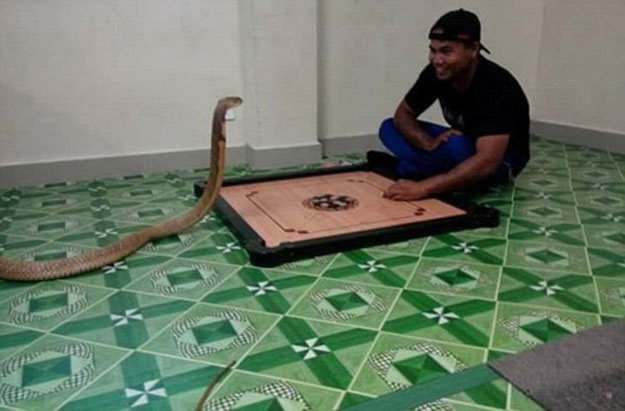 He now spends most of his time with the 10 foot long snake, watching TV together, sharing romantic picnics by the lake, playing board games and going to the gym.

The man who lost his girlfriend five years ago, believes in the Buddhist theory that people are reincarnated into animals after they die. 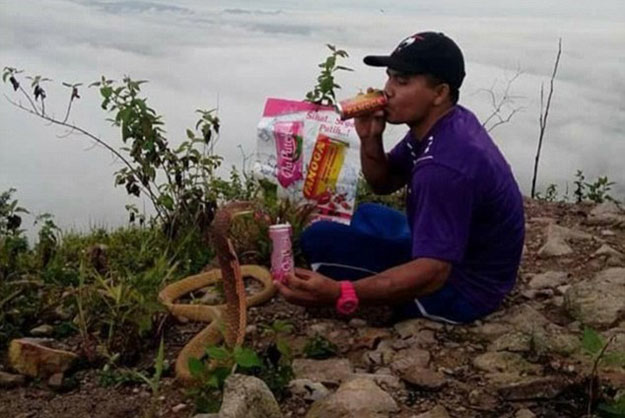 Speaking to the Daily Mirror, Warranan Sarasalin from Kanchanaburi in Thailand who sent in the pictures, said he looks after the snake very well and that “true love is true love”. 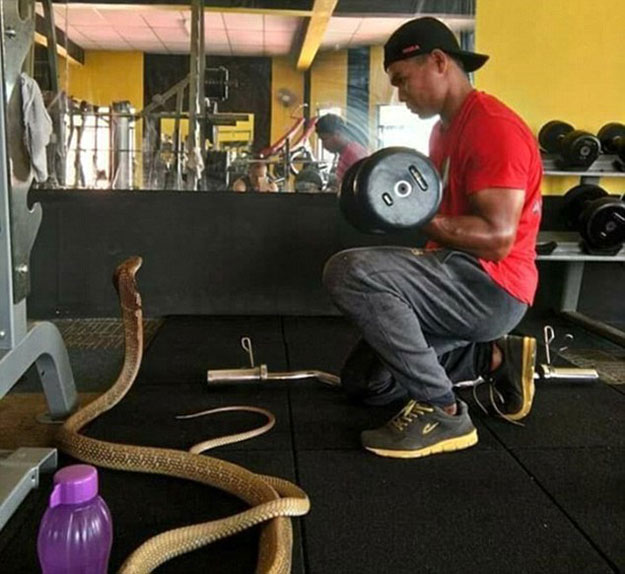 “He said he never stays away from the snake…he takes it everywhere he goes or even while he’s sleeping.” The man is well known in the area because of his relationship with a 10 feet long Cobra.

Earlier this year, in a separate incident a seven-year-old boy in a rural Indian village in the state of Jharkand was forced to marry a female dog to ward off evil spirits as his horoscope predicted his first wife would die at a young age.