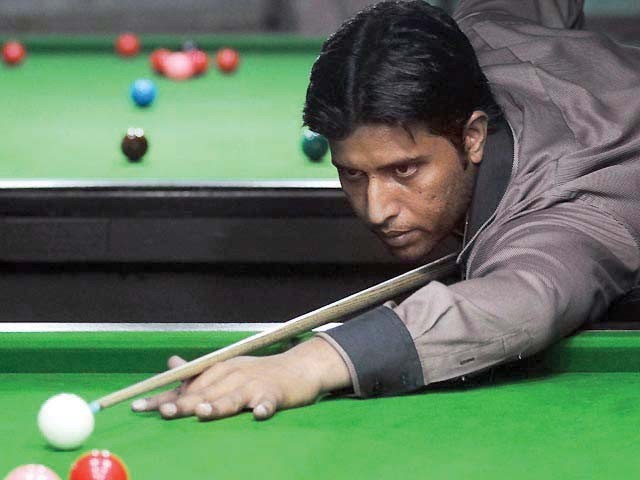 Pakistan have had two IBSF world champions in the past with Asif’s triumph in 2012 coming 18 years after Mohammad Yousuf lifted the trophy in 1994. PHOTO: AFP

KARACHI: 2012 IBSF world champion Muhammad Asif will be hoping to guide Pakistan to a third crown as he, Babar Masih and Muhammad Bilal gear up for this year’s IBSF World Championship, which commences from November 18 in Qatar.

“Of course this is the biggest event and I would want to win the championship again,” the 34-year-old The Express Tribune. “But it is tough as there are so many quality players. The key will be to keep steady and perform under pressure as that is where we normally falter.”

Pakistan have had two champions in the past with Asif’s triumph in 2012 coming 18 years after Mohammad Yousuf lifted the trophy in 1994. Since then, only Muhammad Sajjad has come close to winning the title when he finished runner-up in the 2014 event.

Asif, meanwhile, is satisfied with the team that will travel to Qatar and hoping a strong team ethic will help guide the country to the title.

“As a player I want to win but I also want others to succeed as well. This is about getting a trophy for Pakistan and for that we have to help each other out; only then can we survive,” he revealed.

Pakistan trio to leave for UAE

Masih, who won the Asian Confederation of Billiards Sports Championship team event with Asif, is excited to test himself against the world’s best.

“It certainly is exciting to come up against players from around the world, but I know winning won’t be easy. We need to keep our focus if we are to win the tournament. But this would be an amazing experience,” he said.