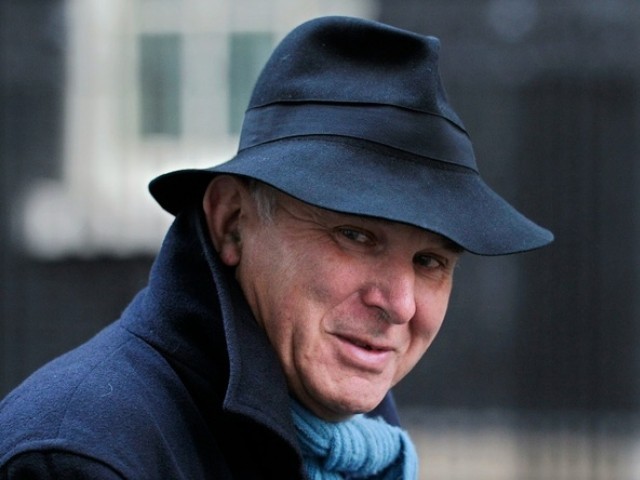 Former UK business secretary Vince Cable said the MoD gave him specific assurances about checks on the use of British-made missiles in a deal with Saudi Arabia. PHOTO: AFP

LONDON: A former British business minister said Saturday he was seriously misled by the Ministry of Defence over a missiles deal with Saudi Arabia, which is spearheading airstrikes in Yemen.

Vince Cable told The Guardian newspaper that he was given specific assurances about the checks that would be carried out on the use of British-made missiles.

Cable, who was in office from 2010 to 2015 and responsible for authorising export licences, said he blocked a deal for a consignment of laser-guided Paveway IV missiles as he was concerned about civilian deaths.

After being assured that Britain would be involved in decisions about what was being bombed, he signed the licences.

The Ministry of Defence (MoD) told The Guardian that it had no military personnel in the “targeting chain” and had offered Cable no such assurances.

“That is categorically contrary to what I was told was going to happen,” Cable said.

“If what they are now saying (is) I was not offered oversight on an equivalent level to the Americans, and that this would involve oversight of targeting, then I was seriously misled.

“That is total fabrication because that was very specifically stated.

“My very clear understanding was that the equipment would be supplied to Saudi Arabia on the very clear basis that British personnel would have oversight of what the Saudi air force was doing, on the same basis as the Americans.”

The war in Yemen escalated in March 2015 when the Saudi-led coalition launched a military campaign to push back the Shiite Huthi rebels after they seized the capital in 2014 and then advanced on other parts of Yemen.

The coalition has come under pressure over the high civilian death toll from its bombing campaign.

Britain is preparing a draft United Nations Security Council resolution demanding an immediate ceasefire in Yemen and negotiations based on a UN peace roadmap that has been rejected by both sides in the conflict, according to a proposal obtained by AFP on Thursday.