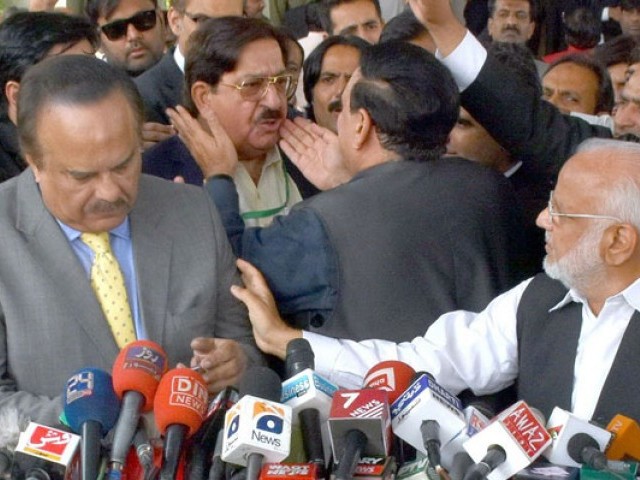 The argument apparently broke out between the two opposition leaders as they were going to address the media after a court hearing on Panama leaks scandal. Haque accused Gandapur of using abusive language as Awami Muslim League (AML) chief Sheikh Rasheed played a mediator between the PTI spokesperson and the PAT leader. Gandapur upheld that he was pushed back by Haq who reportedly said: “My leader is coming.”

Later, both the leaders refused to apologise each other.

Gandapur, while talking to Express News, said if the PTI leader apologised for his actions he would forgive him and things would move on between the two parties.