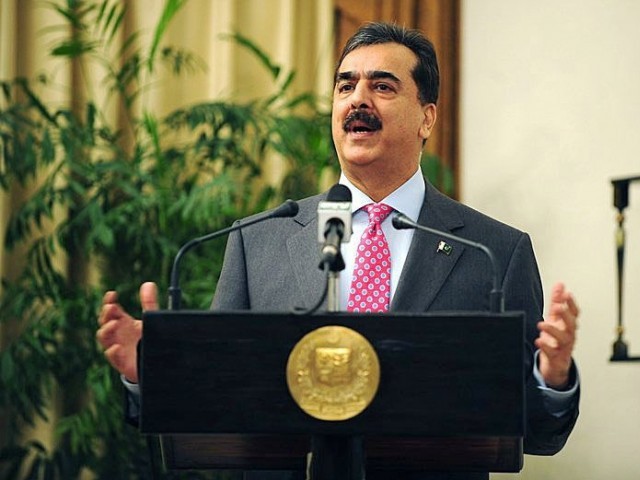 PML-N's 45-day deadline to the PPP for the imposition of its 10-point agenda will end tomorrow. PHOTO: AFP

The Prime Minister was speaking during a joint parliamentary meeting between the Pakistan People’s Party (PPP) and its allies in Islamabad.

Gilani said that some of the work on the proposals that call for restructuring would take more time.

He also said that the National Assembly would be taken into confidence in the Lahore shooting case involving US citizen Raymond Davis.

According to media reports, PPP and its allies have agreed to accept the court’s decision in the case.

PML-N’s 45-day deadline to the PPP for the imposition of its 10-point agenda will end tomorrow.

With the final round of talks between the PML-N and the PPP to be held in Islamabad tomorrow, sources in the PML-N claim the government has not yet worked on 40 per cent of its reforms agenda.

PML-N chief Nawaz Sharif has also called for a high-level party meeting in Islamabad on February 25.

He is expected to announce his plans after the meeting, which members of the “Unification Bloc” will also be attending.

Senator Ishaq Dar is expected to brief the party of the ongoing dialogue with the PPP before its meeting on Friday.