47-year-old insist­s it is too soon to label The Blues as Premie­r League conten­ders
By AFP
Published: October 31, 2016
Tweet Email 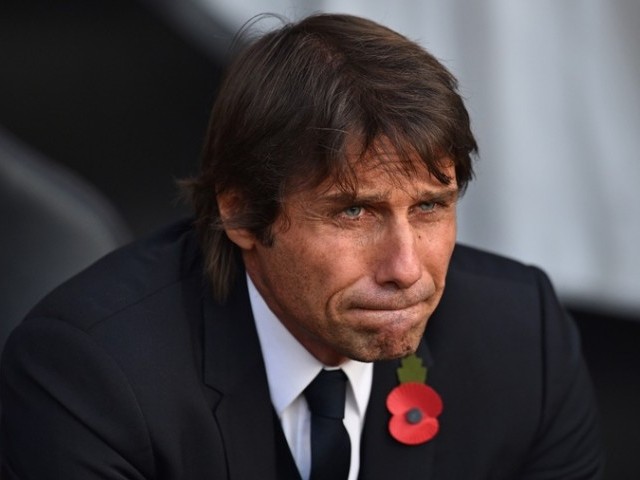 SOUTHAMPTON: Antonio Conte insists it is too soon to label Chelsea as Premier League title contenders after his side maintained their impressive run with a 2-0 victory at Southampton.

Conte’s team have reeled off four successive league wins for the first time in 18 months and they sit just one point behind leaders Manchester City following their no-nonsense display at St Mary’s on Sunday.

Eden Hazard opened the scoring with a clinical strike in the sixth minute and Diego Costa’s sublime curler in the second half wrapped up the points for the Blues.

Chelsea have double the number of points they had at the same stage of a miserable campaign last season and the confident nature of their performance against in-form Southampton suggests Conte is beginning to make his presence felt.

The Chelsea boss wouldn’t be drawn into declaring his side potential champions, although he did admit he is feeling increasingly confident that his rebuilding job is taking shape.

“If you ask me a prediction about the championship, it is very difficult. It is important to pass the first part of the season, then after Christmas you see if you can fight for the title,” the Italian said. “If you ask me if I’m confident? Yeah, because we are working a lot and I’m seeing a lot of positive things.

Some respite for Conte as Chelsea sink champions Leicester

“In this moment, it is not important to look at the table. We are in a good position, but the most important thing is to work very hard. Sometimes you can win but you don’t see the right way, but now, game by game, I’m seeing a lot of positive things. I have confidence, but we can improve a lot.”

With Conte’s decision to switch to a three-man defence rewarded by four consecutive clean sheets in the league and Hazard and Costa both back to their best, there is a new-found swagger surging through Chelsea’s squad.

Conte was quick to salute the efforts of Hazard and Costa, but it was their ferocious work ethic that impressed him as much as their creative contributions.

“When you see Eden and Diego working so hard, you are happy. They are strikers and usually it’s a bit difficult to work hard for the team,” he said.

After disappointing defeats against Arsenal and Liverpool raised pointed questions about Conte just weeks into his reign, Chelsea’s revival has brought welcome encouragement to the former Italy coach.

“We played against a strong team who are in a good moment. To come here and win wasn’t easy,” he said. “I pleased with the work rate, with the ball and without the ball. This is the right way to reach great satisfaction in this championship, and the target is to stay close to first place which gives us great confidence.”

Southampton’s first defeat in six league games stalled their impressive run and boss Claude Puel admitted Hazard, who played under the Frenchman at Lille, had been too hot to handle.

“Chelsea were able to play strong at the back and they could have space to counter-attack. With Eden and Costa it is hard to resist,” he said. “We tried to find a solution, but after the second goal it was difficult to come back. I spoke with Eden after the game. He came back, perhaps after last season was difficult for him, but now he is at a very good level.”