Analysis: Why is the state unable to prosecute terrorism suspects?

Analysis: Why is the state unable to prosecute terrorism suspects? 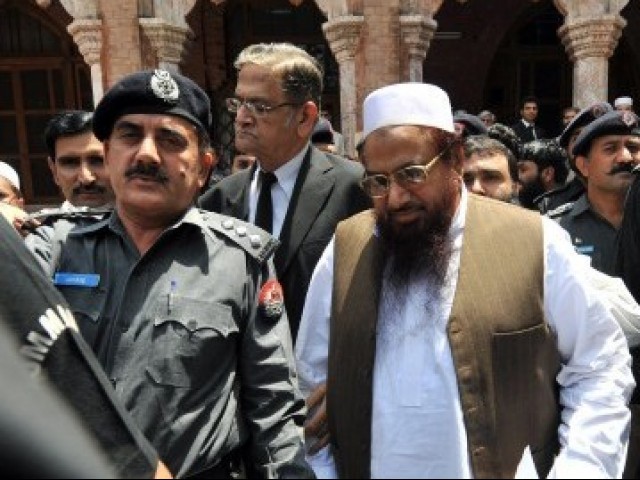 ISLAMABAD: You can’t accuse Jamaatud Dawa chief Hafiz Saeed of not having chutzpah. If he has his way, after unsuccessfully prosecuting the man for masterminding the Mumbai attacks, the Pakistani state will soon plead his innocence in a US court hearing a case regarding the same. That too, while taking Indian flak regarding the integrity of its legal processes.

But, lawyers privately concede, much of that flak is entirely justified. While the government did jump to place Saeed under house arrest last year after the UN Security Council said JuD was just a front for the banned Lashkar-e-Taiba, it couldn’t justify his detention to the Lahore High Court or the Supreme Court.

While botched up investigation and lack of evidence are staples in the state’s prosecution of terrorists, there are also the prosecutors to be considered. Law and order is a provincial subject and the prosecution of terrorists is the preserve of public prosecutors, who’re rarely up to the task. “These appointments are primarily political and the prosecutors have little law,” says the Karachi-based lawyer. “There’s none of the prestige associated with, say, the office of the DA in the US and no accountability for shoddy prosecution. Who’ll hold to task the prosecutor who couldn’t link Saeed to Mumbai or even justify his subsequent detention?”

In the hands of a skilled lawyer, explains the litigator, even circumstantial evidence can result in convictions. “But far too many times, this set fails to even appreciate the evidence on record, let alone establish the causal chain necessary to a conviction.” And the political battles over Ajmal Kasab’s testimony and other evidence just ripened the case for spoiling.

What about the courts themselves? “At least 60 per cent of cases – if not more – result in acquittals from the ATCs because the investigation is so shoddy and the superior courts are even more fastidious about the quality of evidence,” he says. “This is in spite of the fact that we’ve seen a sea change in the mindset of the courts.” Earlier, explains the lawyer, the accused was given the benefit of doubt, in line with conventional criminal justice principles. “Now, the courts seem almost as desperate to convict, and any doubts are usually resolved in favour of the prosecution. Earlier, slip-ups by the investigators were dubbed ‘illegalities’ and tossed out by judges; now, similar mistakes are overlooked as ‘irregularities’.”

Into this mix add the fear factor. “You’re talking about hardcore militants here, people who think nothing of blowing up scores of people or shooting down a governor in cold blood,” insists a former police official. “How do you expect a judge, the prosecutors and the witnesses to remain insensible of that kind of threat in the absence of a protection programme?” The result shows up, he says, as either acquittals or interminable delays on part of the courts.

But the Anti Terrorism Act does provide for protection programmes. “It also provides for a committee that’s supposed to review and update the list of proscribed organisations,” he shoots back. “Is the JuD on that list? Or, for that matter, do you see any of the law enforcement agencies cracking down on recruitment drives or fund mobilisation campaigns in their cities, after the LHC quashed the Faisalabad FIRs against Saeed?”

“The Mumtaz Qadri case is a sign of our times,” insists the former investigator. “A murderer was feted by lawyers, showered with rose petals at the court where he ought to have been convicted. Those lawyers don’t exist in a bubble and some judges in those courts probably subscribe to similar sentiments”.

Even those who don’t, he cautions, will be too cowed by ‘public’ sentiment to risk sticking out their necks. Case in point? The way Qadri’s case was conducted furtively within the confines of Adiala Jail after much subterfuge regarding dates and times.

“Proscribed groups have acquired cache with high-ranking LEA officers as well as influential judges and lawyers,” he says. Hafiz Saeed’s case is significant not just because it shows up the inadequacies of the legal system, it also encourages the Zakiur Rehman Lakhvis and the Qari Saifullahs of the world to abuse the vulnerabilities of the courts. “Getting serious about terrorism will require a complete rehaul of the criminal justice system.”