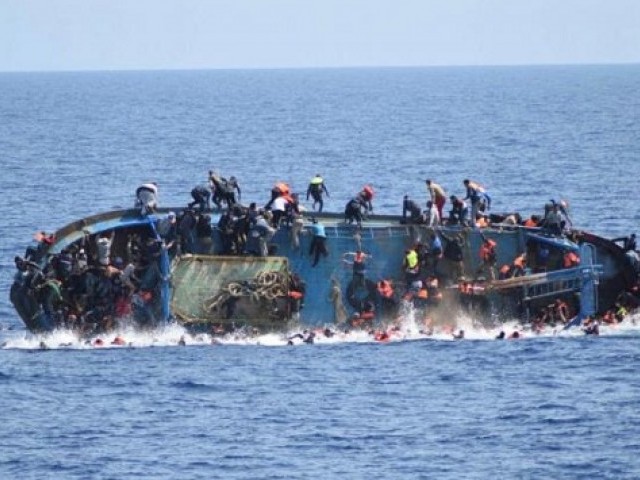 SYDNEY: Australia moved Sunday to bar any refugee or asylum-seeker who arrives in the country illegally by boat from ever being able to apply for a visa, even as tourists or for business.

The lifetime ban will be put to parliament this week, with Prime Minister Malcolm Turnbull saying it was necessary to send an “absolutely, unflinching, unequivocal message” that boatpeople will never be allowed in Australia.

“This is a battle of will between the Australian people, represented by its government, and the criminal gangs of people-smugglers,” he said.

“You should not underestimate the scale of the threat. These people-smugglers are the worst criminals imaginable. They have a multibillion-dollar business.

“We have to be very determined to say no to their criminal plans.”

Amendments to the migration act would be backdated to mid-2013, when former Labor prime minister Kevin Rudd declared: “As of today, asylum-seekers who come here by boat without a visa will never be settled in Australia.”

Canberra currently sends all boatpeople to offshore processing camps on the Pacific islands of Nauru and Papua New Guinea’s Manus.

They are already blocked from being resettled in Australia even if found to be genuine refugees. They can either return home, be resettled on Manus or Nauru, or go to a third country.

The new legislation would affect those sent to Nauru and Manus from July 19, 2013, including those who have returned home, and anyone who arrives in the future.

But children will be exempt and the immigration minister would have the power to make exceptions.

The Nauru facility holds just over 400 men, women and children.

Some 800 men are detained on Manus, which Australia in August agreed to close after a Papua New Guinea court ruling that holding people there was unconstitutional and illegal.

Rights group have alleged there is widespread abuse and self-harm in the camps.

Turnbull said the move would reinforce to refugee advocates still hoping Australia will accept some of those on Nauru or Manus that it will never happen.

“We have one of the most generous humanitarian programs in the world,” he said.

Australia has boosted its annual humanitarian refugee intake in recent years from 13,750 to 18,750, and has also agreed to take 12,000 displaced in Syria and Iraq.

Since the start of “Operation Sovereign Borders” in September 2013, the government has managed to halt the flood of boat arrivals, and drownings, that characterised previous Labor administrations.

Labor said Sunday it had yet to decide whether to back the visa ban.