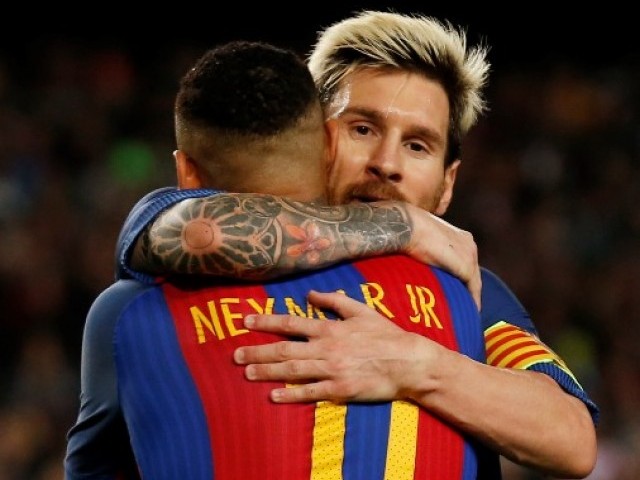 The Barcelona striker Neymar’s father believes that the reason behind his son’s success is his club teammate Lionel Messi.

Since joining the Spanish champions in 2013, the 24-year-old is forged a phenomenal partnership with Messi and Uruguayan striker Luis Suarez.

The famous trio of MSN helped the Catalan giants secure two league titles and a Champions League trophy during the 2014-15 campaign.

According to Neymar’s father, the five-time Ballon d’Or winner Messi, who is heralded as one of the best in the world, continues to be the role model for Brazilian superstar. “We all know who Messi is and what he means,” said Neymar Sr. while talking to Cope. “He [Messi] is the idol of my son and it is a pleasure for him to play alongside Messi.”

The Sao Paulo born-striker’s father also believes that Neymar’s impressive form ever since joining the Spanish giants is due to the existence of Messi and his closest rival Real Madrid’s Cristiano Ronaldo.

“If Messi and [Cristiano] Ronaldo never existed, probably Neymar never existed too,” his father added. “The same with Pele and Maradona, both inspired a lot of players.”

Neymar has been nominated for the Ballon d’Or and has signed a new contract last week, which runs till 2021.