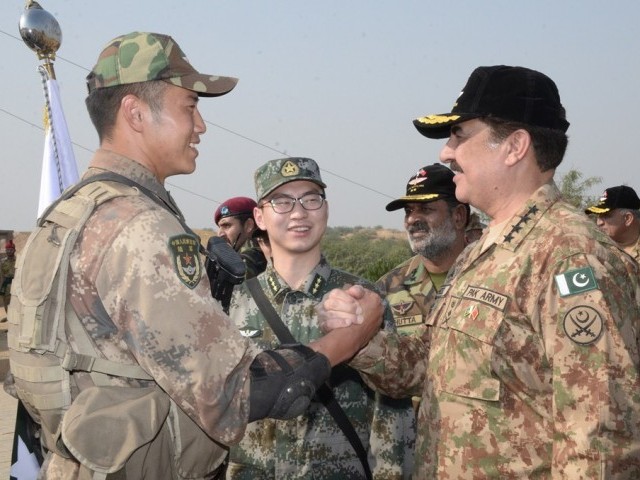 Army chief General Raheel Sharif has said that the Pakistan military shares its experiences in training camps for the benefit of humanity and ridding it of terrorism.

He was addressing Pakistani and Chinese troops who participated in two-week long joint exercise, “YOUYI-VI 2016” at the National Counter Terrorism Training Centre (NCTC) in Pabbi, said the Inter-Services Public Relations (ISPR) on Thursday.

Any misadventure by enemy will be given fitting response: Army chief

Gen Raheel congratulated the participants, emphasising that the training will help strengthen ties between Chinese armed forces and Pakistan Army, as well as help in eliminating terrorism from the region.

“We are sharing our experiences with the world for the benefit of humanity and as an obligation towards international peace,” he said.