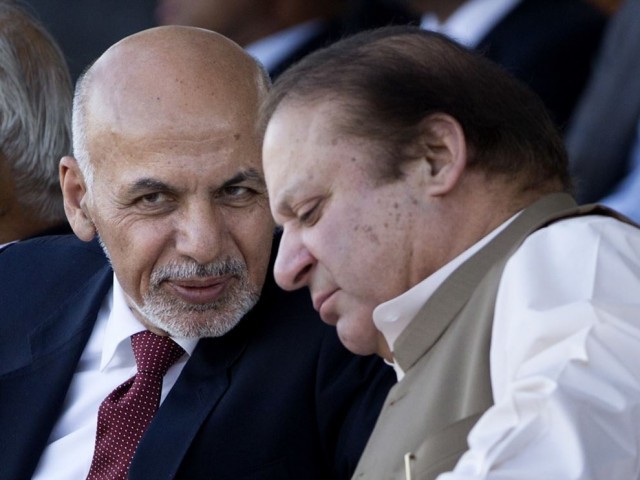 ISLAMABAD: Adviser to the Prime Minister on Foreign Affairs Sartaj Aziz, dismissing the notion that Pakistan has favourites in Afghanistan, said on Friday that it will follow the priorities set by the elected government in Kabul to pursue peace and reconciliation in the war-ravaged country. Welcoming the deal between the National Unity Government (NUG) and the Hekmatyar-led  Hezb-e-Islami Afghanistan, Aziz said the agreement seems to have motivated and encouraged other groups to come to the negotiating table.

“These groups should realise that it is a different Afghanistan that wants peace, and where the dominant majority would not like to go back to the past,” the adviser said while talking to the members of the Pakistan Afghanistan Joint Committee (PAJC) for Beyond Boundaries Phase II.

This is a ‘Track I.5/II’ dialogue series undertaken by the Centre for Research and Security Studies (CRSS) in partnership with Afghan counterpart, the Women Peace and Security Organisation (WPSO). It is aimed at fostering better understanding and cooperation between civil society members of the two neighbouring countries.

Aziz also said that Pakistan’s message to all combatants is loud and clear: that nobody can capture Afghanistan on its own, and the key to peace lies in talks.

“We desire that both the NUG and the Taliban sort out issues among themselves and we will stand by them for any support we can lend to the process.”

He said that Pakistan is doing whatever it can to persuade all Taliban factions to become part of the peace process and added indications are that many of them are now interested in joining the peace process. He promised to take up the PAJC’s concerns regarding the plight of Afghan refugees in Pakistan with the authorities concerned.

The Afghan delegates also drew the attention of the adviser to certain issues that are seen as hurdles in the improvement of relations between the two countries. They called for an end to what they called ‘harsh attitude’ of security personnel with Afghan refugees and said this policy harms the goodwill Pakistan has shown towards these refugees for decades.

Some of the delegates also complained about the problems Afghan traders are facing in transit trade. They pointed out that the problems have led to a decrease in trade between the two countries.

“They are our ambassadors and we cannot afford to send them back with bitter feelings,” the minister said, adding that bitter stories will empower only those who live off continued conflict. He added Prime Minister Nawaz Sharif himself was very upset with the news of harassment.

Baloch lauded the efforts of the PAJC and reiterated that dialogue and peace is the only way forward for the two countries — there is no third option.

The second meeting of Pak-Afghan Joint Committee will be held November 13-17 in Herat and Kabul, Afghanistan.