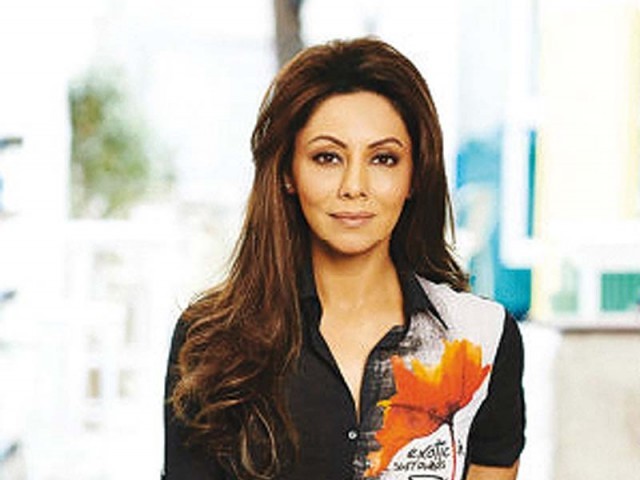 NEW DELHI: She is a successful producer, entrepreneur, interior designer, mother and above everything else, is the wife of Bollywood superstar Shah Rukh Khan. Despite juggling between so many career roles, she makes it a point to take time out for her family.

Apart from her several professional endeavours, Gauri is associated with various brands and is even the co-founder of Shah Rukh’s production company, Red Chillies Entertainment.

The two married in 1991 and have a son named Aryan and a daughter named Suhana. The couple welcomed its third child AbRam, through a surrogate mother in 2013.

Gauri has also made some brief appearances on camera, but she asserted that she is “currently focusing on my future as an interior designer and not as an actor”.

She might be the wife of India’s biggest star but her claim to fame is not her marital status. Gauri has established herself as an interior designer as well as fashion designer.

Asked if she ever considers writing a book about her whole journey, she dismissed the idea. “Nothing as such on the journey but currently I am coming up with a coffee-table book on designs, in collaboration with renowned builders,” she said.

On the other hand, Shah Rukh recently tweeted about co-star Anuskha Sharma wrapping up the schedule for their upcoming film directed by Imtiaz Ali. “Anushka Sharma wrapped the schedule of film allegedly called The Ring. Will miss her lots … kya karein … Aye Dil Hai Mushkil. Thanks for being you.”

The Ring marks Shah Rukh’s first collaboration with the Jab We Met director. This is the third time Anushka and Shah Rukh will be seen in a film together after Rab Ne Bana Di Jodi and Jab Tak Hai Jaan.