The contro­versia­l US Republ­ican nomine­e wishes to see Pakist­an and India get along
By News Desk
Published: October 16, 2016
Tweet Email 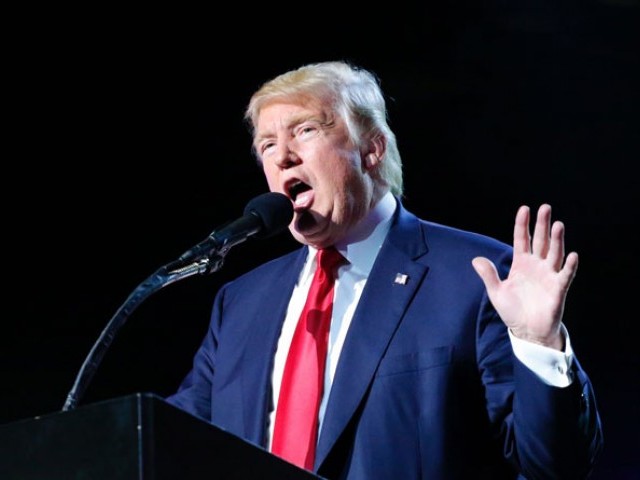 Republican nominee for the upcoming US presidential elections, Donald Trump, has hinted at playing the role of a “mediator or arbitrator” in appeasing the current flare-up of tensions between India and Pakistan.

“If it was necessary I would do that. If we could get India and Pakistan getting along, I would be honoured to do that. That would be a tremendous achievement… I think if they wanted me to, I would love to be the mediator or arbitrator,” Trump said in response to a question during an exclusive interview with the Hindustan Times.

The remarks by the White House hopeful came before his address at an event sponsored by the Republican Hindu Coalition to raise money for victims of terrorism.

Trump pledges strong US ties with India if elected president

“Look at the recent problem that you [India] had and other problems that you have had over the years,” Trump added, making an oblique reference to the Uri attack and the recent flare-up in Indo-Pakistan tensions.

Putin says Russia does not seek confrontation with US