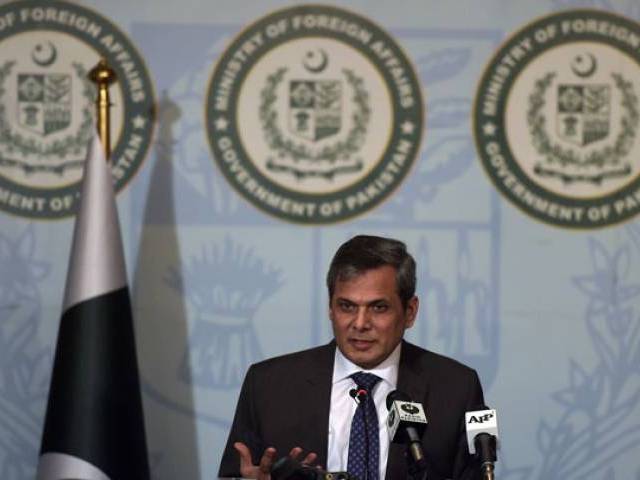 Ceasefire violations alongside the Line of Control (LoC) and meddling in the internal affairs of its neighbours reflect Indian nervousness, the Foreign Office has said.

“India is nervous because of diplomatic offensive by Pakistan to expose New Delhi over situation in occupied Kashmir,” Radio Pakistan quoted Foreign Office spokesperson Nafeez Zakaria as saying during the weekly press briefing in Islamabad on Friday.

The spokesperson lamented that India was obstructing dispatch of a fact-finding mission by the United Nations Human Rights Council to the Indian-occupied Kashmir (IoK).

Commenting on the so-called “surgical strikes”, Zakaria said: “The claim is one of the many lies that India has been telling the world community.” New Delhi’s objective was to divert attention of the world from gross human rights violations in IoK, he added.

Zakaria claimed that the Indian media had distorted facts while reporting on recent developments. He, however, lauded the Pakistani media for exposing false reporting of Indian media. “Pakistan has effectively taken up the situation in Kashmir at all levels and it will continue to highlight Indian atrocities and human rights violations in IoK at world forums,” he said.

The spokesperson reiterated the country’s political, moral and diplomatic support for the just cause of Kashmiris. “Pakistan high commissioner to Britain handed over dossier on human rights violations in IoK to the UK special representative on Afghanistan and Pakistan.”