Let’s not settle for crumbs

Let’s not settle for crumbs

Unlike the past, those who now kill women will not claim ‘honour’ as the main motive for the killin­g
By Dr Farzana Bari
Published: October 13, 2016
Tweet Email 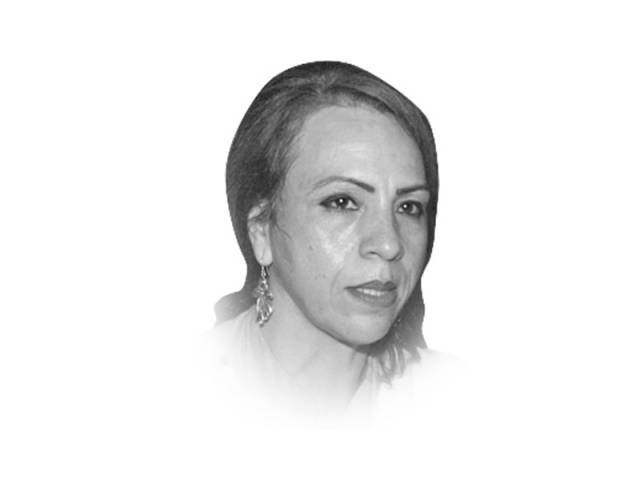 Rape, sexual abuse and killing of women in the name of “honour” is rampant in Pakistan. While gender-based violence is a global phenomenon, what distinguishes Pakistan from other counties is the culture of impunity surrounding such crimes. There is less than one per cent conviction rate in cases of violence against women.

There are socio-cultural, economic and political structural basis that create conditions of vulnerability for women and subject them to gender-based violence. Most damaging is the law of the land that plays havoc with women’s lives. The Qisas and Diyat Law that was introduced as a part of General Ziaul Haq’s Islamisation, privatises crimes and allows pardon to perpetrators. The only exception at present exists in cases of terrorism where compoundability (forgiveness) provision cannot be invoked.

This legal provision has fundamentally distorted the justice system in the country by creating structural basis of discrimination against the poor and the marginalised. Only the rich and the influential can buy out the victims by offering compensation or through the use of influence and power.

Thousands of women across the country are killed on the pretext of “honour”. The killers go scot-free due to provision of forgiveness in the Qisas and Diyat Law. There is generally public silence on the massive misuse of these laws, especially in “honour killing” cases (with the exception of rights activists/organisations raising the issue). This collective apathy on the misuse of Qisas and Diyat Law was jolted when Reymond Davis, a CIA agent who shot dead two Pakistanis in Lahore and was pardoned by the families of victims after accepting financial compensation. Also, when the family of Shahzeb Khan pardoned his killer, Shahrukh Jatoi, son of an influential feudal lord, the entire nation was stunned by the level of injustice and impunity that the law provides to the criminals.

The culture of impunity inbuilt in the Qisas and Diyat Law has turned the country into killing field of women. There has been a long-standing demand from the women’s movement to delink “honor killing” from Qisas and Diyat Law and make it a crime against the state rather than against individual. The demand from the women’s movement was to make honour killing a non-compoundable offence and no option should be given to the family to forgive the criminals.

Decades of advocacy by the human rights community to bring anti-honour killing law fell on deaf ears of successive parliaments. However, the national embarrassment caused by an Oscar winning documentary on the issue A Girl in the River by Sharmeen Obaid-Chinoy and the murder of media celebrity Qandeel Baloch impelled the government to move on passing the long-awaited bill on “honour killing”.

It is extremely distressing and disappointing that the Anti-Honour Killing law (Criminal Amendment Bill) makes no substantive changes that will reverse the tide of killing women in the name of “honour”. The text of the Law is clearly a political compromise to please religious lobby in the country.

The Anti-Honour Killing Law maintains compoundability. It allows families to pardon the murderer in case of death penalty. Moreover, the Law declares honour killing fasad-fil-arz but leaves this to the discretion of the judge to decide whether the crime committed is “honour killing” or qatl-e-amd (pre-meditated murder).

This Law has several anomalies: how will the court decide if the motive behind a killing is honour, especially if the murderer denies that it was not? Who will provide the evidence for honour killing? How will the evidence be collected? This simply complicates the matter. It will extremely difficult in practice to prove that the crime was committed because of ‘honour’.

We are expected to celebrate because the amendment of section 311, Act XLV of 1980 says “… if the principle of fasad-fil-arz is attracted, the court may, having regard to the facts and circumstances of the case, punish an offender against whom the right of qisas has been waived or compounded with death or imprisonment for life or imprisonment of either description for a term which may extend to fourteen years as ta’zir”.

So what is likely to happen? Unlike the past, those who now kill women will not claim ‘honour’ as the main motive for the killing. Therefore, they may be convicted (if at all) in qatl-e-amd and the families will forgive. Therefore, the culture of impunity will persist and the trend of killing of women will continue. However, the number of deaths reported under the category of honour killings will now shift to the category “murder”.

It is imperative to understand that notions of honour, izzat, ghairat are socially constructed to maintain patriarchal control over women’s lives and bodies. It has been demonstrated in many honour killing cases that killing had nothing to do with the moral conduct of women. They were killed for other reasons than so-called honour but perpetrators used the law to avoid punishment.

In the presence of Qisas and Diyat Law, the only way forward to protect women’s lives in the cultural context of Pakistan is to declare every murder of a woman by the family a crime against the state without any option given to the family to forgive. Anything less than that means that government has no will or commitment to provide protection and security to women. This legislation has been introduced due to political compulsion rather than a genuine concern to protect women’s lives.

It is a pity that inadequacies and legal lacunas of Anti-Honour-Killing Bill have overshadowed the Anti-Rape Law (Criminal Amendment Bill) that deserves much applause and gives us reason to celebrate. Despite the controversy created by the Council of Islamic Ideology on the admission of DNA test as an evidence in cases of rape, the Law accepts DNA as a primary evidence. It is a victim/survivor centred law. It comprehensively criminalises, addresses social mindset, media reporting that infringes on victims rights to privacy, dignity and confidentiality and the tampering of evidence or creating hurdles in the way of investigation of rape cases by any police officials.

It is highly condemnable that the government tried to steel women’s struggle against honour killing by passing the Law that will make no difference to women’s lives. Let’s not settle for the crumbs that this Law throws to silence the women’s voices and demand legal protection against the killing of women in the name of honour.

The cheapening of America