Messi back in Barcelona training

Messi back in Barcelona training 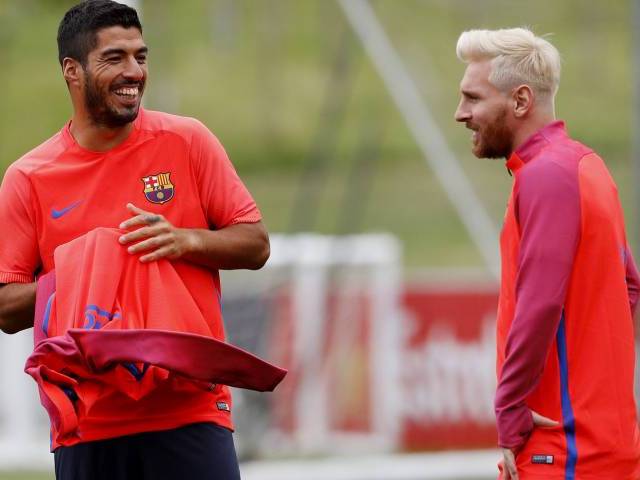 BARCELONA: Global superstar Lionel Messi returned to training with Barcelona on Wednesday following three weeks out with a groin injury.

France international defender Samuel Umtiti also returned to training according to a statement on the Catalan giants’ website.

“Both Leo Messi and Samuel Umtiti, despite neither yet being declared fit for selection as they battle to recover from injury, were able to join the rest of the team for the workout,” said the statement accompanied by a photo showing Argentine Messi at training.

The statement also said the likes of Spanish internationals Andres Iniesta, Gerard Pique and Sergio Busquets had returned following the international break. Pique was in the photo alongside Messi and Brazil’s Neymar.

‘Football the loser’ as Messi out for three weeks

Messi, 29, tore a muscle in his groin during the 1-1 draw at home to La Liga title rivals Atletico Madrid on September 21. Umtiti, 22, had strained a ligament in his knee the day before in training.

Another full-back, Jordi Alba and Croatia midfielder Ivan Rakitic are also out.

Barca host Deportivo La Coruna on Saturday before Manchester City visit the Camp Nou next week for a crucial Champions League tie, with the Premier League outfit’s Catalan coach Pep Guardiola returning to the club he led to two European titles during a glorious four-year spell.

Barca have had an inconsistent start to the season, thrashing the likes of Real Betis (6-2), Celtic (7-0) and Sporting Gijon (5-0) but losing 2-1 at home to Alaves and falling 4-3 at Celta Vigo.

They currently sit fourth in La Liga, although only two points behind leaders Atletico.

They top their Champions League group after winning their opening two games against Celtic and Borussia Monchengladbach (2-1).