Earlie­r this week, the world’s top smartp­hone maker said it had asked all global carrie­rs to stop sales of the Note...
By Tech Desk
Published: October 12, 2016
Tweet Email 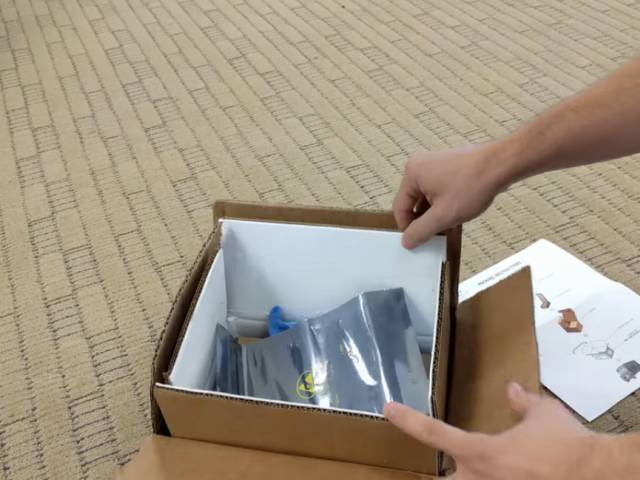 Samsung has included a pair of rubber gloves, presumably to help you handle the exploding device. PHOTO: YOUTUBE/XDA DEVELOPERS

According to a video posted by one of the users at XDA Developers, the return package includes an OEM replacement box along with a static shielding pouch, an inner box surrounding it and finally, a large, thermal protective box that houses the rest. If this wasn’t dramatic enough, Samsung has also included a pair of rubber gloves, presumably to help you handle the exploding device. Apparently, these devices will be sent by road or by sea as there is a travel advice posted on the outer layer of the box saying “Damaged/defective lithium ion battery, forbidden for transport by aircraft, ground and vessel shipment only.” Samsung has been criticised for the exploding incidents of their Note 7 device. Several incidents of injuries were reported including in-flight incidents but with the precautionary packaging, Samsung can be given some credit for exhibiting responsible behaviour.

Earlier this week, the world’s top smartphone maker said it had asked all global carriers to stop sales of the Note 7s and the exchange of original devices for replacements, while it worked with regulators to investigate the problem. US top court to hear Apple-Samsung feud over iPhone designs

The company is offering to exchange Note 7s for other products or refund them. It finally halted sale of Note 7 devices after failed attempts to solve its battery problems.

This article originally appeared on Mashable

Have something to add to this story? Share it in the comments section below.