India’s attitu­de caused postpo­nement of SAARC summit that had to be held in Pakist­an in Novemb­er
By Imdad Hussain
Published: October 11, 2016
Tweet Email 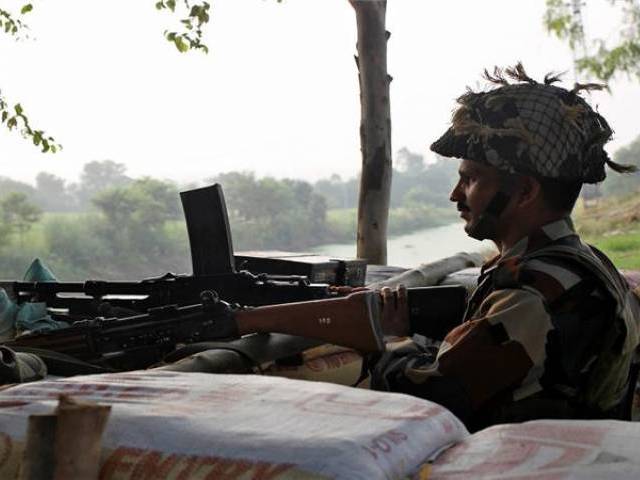 Officials in Pakistan facilitated media men to visit Line of Control (LoC) to asses India’s controversial claim of launching surgical strikes last week and killing score of militants poised to infiltrate into the Indian-held Kashmir (IHK) across the de facto border. To show the situation on the ground, the independent journalists including foreigners were taken to the areas, which India claimed to have targeted in the overnight operation. The journalists were allowed to interact with the locals as well. No one noticed traces of the surgical strike nor were bodies of the militants found. The UN mission in the area too found no evidence of any surgical strike. UN Secretary General’s Spokesman Stephen Dujarric has said that the UN Military Observer Group in India and Pakistan not directly observed any firing across the LoC related to the latest incident.

Indian Director General Military Operations, Lt Gen Ranbir Singh and the government in New Delhi were claiming that the terrorists were targeted in the Bhimber, Tatapani, Kel and Lipa sectors in Azad Jammu and Kashmir. The Indian External Affairs Ministry was endorsing the claim. The Pakistani side rebuffed the surgical strike and said that cease-fire violation has taken place killing two Pakistani soldiers and the cross-border firing was retaliated in befitting manner. Surprisingly, even India itself had no evidence to prove that a surgical strike was launched across the LoC.

One wonders as to why India claims an action that even it had not taken. To think that India wanted to tarnish Pakistan’s image is not seem as accurate as it was logical that the truth had soon to be known to the world. The theory of diverting world attention from the situation in Kashmir is not working in this particular case too, keeping in mind that such a claim would further attract the world attention toward the volatile region having nukes. Though India is feeling tremendous pressure after world’s attentiveness to the situation in Kashmir and the UN wish to send a fact finding mission for investigating human rights violation. Indian forces have committed massive human rights violation in attempt to oppress Kashmiris who has been protesting since July following killing of  Hizbul Mujahidin’s Burhan Wani, popular among youngsters in IHK.

The analyses of the situation after Uri terrorist attack help to understand Indian mindset for making assertion of the counterfeit surgical strike. New Delhi blamed that the Uri attack, occurred just four days before Prime Minister Nawaz Sharif scheduled address to UNGA, was guided and facilitated from Pakistan. Uri attack killed 19 Indian soldiers in the held Kashmir on September 18. New Delhi established a false impression within India that Pakistan had supported the attack. The blames were followed by hype and unwanted escalations of tensions. Although a full-fledged war is not imminent between the two nuclear South Asian neighbours, yet the post Uri attack scenario is also not affordable for long. The escalation in tensed ties, begin with rhetoric, is damaging to India in several ways. First of all it attracts world attention to the region and to the situation in Kashmir, the long standing dispute between India and Pakistan. Secondly, India is a growing economy and bigger market, the escalation of hostilities is detrimental to its financial health as soon after rhetoric the investment felt shyness. In case of war due to some misunderstanding, the cost for India would be Rs50 billion per day and its fiscal deficit would be much higher. Thirdly, even a few-days-long war would damage infrastructure and could cause massive displacement that would become unaffordable for heavily populated and the poverty ridden country. Such crises could also loosen India’s grip over internal separatists’ movements in Assam, Punjab, Kashmir and others. Moreover, conflict could further divide Indian society as extremist elements like RSS and Shiv Sena would intensify its cruelty against Muslims minority. The recent riots over slaughtering cows are well-known.The tense situation would shatter dreams of India aspiring for regional role. The conflict could encourage terrorism and instability in the region and Afghanistan that could be viewed as immaturity on part of India by the US and other international players.

The escalations have international implications as well. India’s attitude caused postponement of SAARC summit that had to be held in Pakistan in November. Pakistan and India are aspiring for role in other important regional organisations like Shangai Cooperation Organisation (SCO) and other forums. Such a situation doesn’t signal positively at international scene. And last but not the least, regional powers and international community including UN, the US,China, Russia and others pressurised India to normalise the situation. It would harm India’s image if it continues its behaviour leading to worsening of the situation. The hype created by rhetoric against Pakistan had made return to normalcy for Prime Minister Modi difficult, due to public anger against Pakistan. The claim of surgical strike at least pacified the people in the country. So the motive behind claiming ‘surgical strike’ is reversing the hype and anger in India that was hindering Modi to talk sense in public.
The question arises as to whether Modi would be in a better position at home and abroad after this immature trick?