This is believ­ed to be the first full public apolog­y that Trump has made in the durati­on of his campai­gn
By AFP
Published: October 8, 2016
Tweet Email 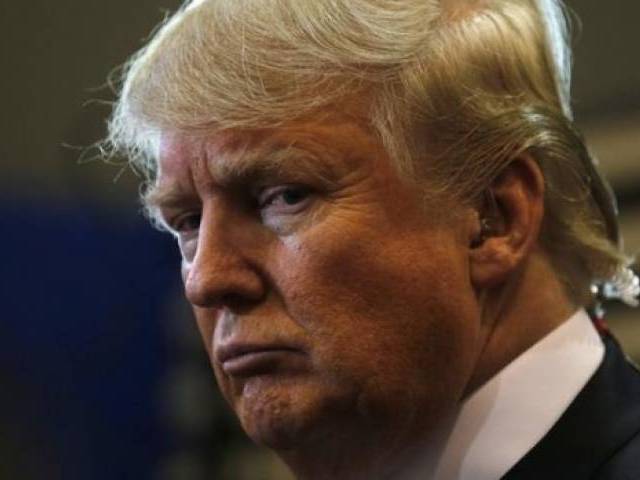 WASHINGTON: Republican presidential nominee Donald Trump apologised early Saturday for vulgar language he used about groping and kissing women in a 2005 video whose release has rocked his campaign.

“I’ve said and done things I regret,” he said. “Anyone who knows me knows these words don’t reflect who I am. I said it, I was wrong, and I apologise.”

Over 100 nude women pose against Trump in Ohio

Trump offered the remarks — believed to be the first full public apology that he has made in the duration of a campaign laced with insults and rhetoric — in a filmed statement hours after The Washington Post released a shocking video of Trump offensively bragging about grabbing women and pursuing sex with them with impunity.

“I’ve never said I’m a perfect person nor pretended to be someone I’m not,” Trump said. “I pledge to be a better man tomorrow.”

But the provocative billionaire quickly and defiantly pivoted from his own crisis to attack the husband of his Democratic rival Hillary Clinton, saying former president Bill Clinton “abused” women.

“I’ve said some foolish things, but there’s a big difference between the words and actions of other people,” he said.

“Bill Clinton has actually abused women, and Hillary has bullied, attacked, and shamed his victims.

“We’ll discuss this in the coming days,” Trump said. “See you at the debate on Sunday.”

Trump’s crisis comes at a precarious moment for his campaign. He squares off against Clinton for the second time on Sunday, in St Louis, trailing the Democratic nominee in the polls, and with Clinton enjoying a dramatic lead over Trump with women voters.

In the 2005 video, Trump is heard using predatory language as he describes hitting on a married woman and grabbing women’s crotches. “When you’re a star they let you do it. You can do anything,” he says.

One in five Japan employees face ‘death from overwork’: report