Seismic activity: Country lags behind in its own monitoring targets

Seismic activity: Country lags behind in its own monitoring targets 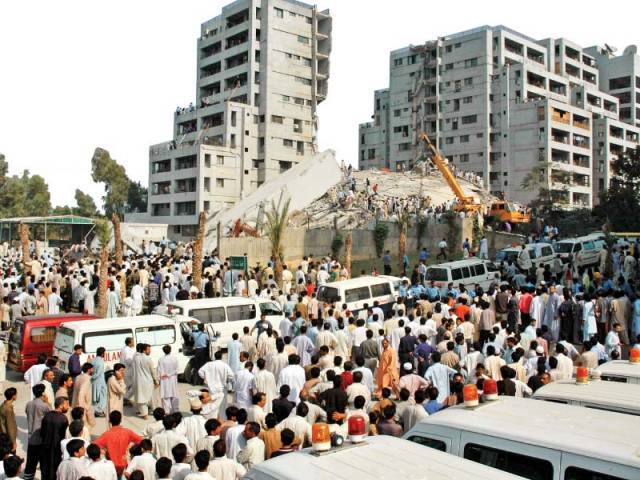 ISLAMABAD: Over 11 years after a massive earthquake devastated north eastern parts of the country, geological activity monitoring institutions in the country have yet to add to the number of seismographs installed, particularly in areas along the fault lines and theoretically at greatest risk of earthquakes.

This despite the fact that a hazard study, conducted in the aftermath of the 2005 earthquake, strongly recommended setting up additional stations to facilitate research on earthquakes and to make seismic monitoring systems more precise. As per a report of the National Disaster Management Authority (NDMA), there were plans to set up 13 additional seismic monitoring systems in the country. But 11 years after the earthquake, no concrete steps have been taken by the government in this respect.

To make matters worse, the NDMA report states that three of the 21 stations have been inoperative since July 26, 2010, owing to power failure and have thus not recorded any seismic activity.

“The issues of power failure have been resolved,” stated Zahid Rafi, the Seismic Monitoring Director (SMD) at the Pakistan Meteorological Department (PMD) while speaking to The Express Tribune on Friday. People look at the pictures of victims in a hospital in Islamabad to identify their missing relatives following the 2005 quake. PHOTOS: MUHAMMAD JAVED

“They have installed solar energy panels,” he added.

However, Rafi pointed out that there were financial and technological challenges in setting up more such stations.

“It is an expensive business,” he said while conceding  that the department has been receiving funds from the government, foreign donors and international organisations such as Oxfam and UNESCO and technological assistance from China and Japan.

Asked about the two mild temblors in the past week alone measuring 4.5 on the Richter scale, Rafi was cautiously optimistic about the scant chance of another 2005-like earthquake in the capital.

“There is no fault line located under the Margalla Hills in Islamabad,” he said matter-of-factly, adding that “nor has there been there any significant seismic activity recorded in the area (in the wake of the 2005 earthquake).”

Similarly, he said there is little probability of tsunami around the coastal areas of Karachi since no fault line has been discovered there so far. Cattle graze nearby as children attend classes in the open at a school in Balakot that awaits reconstruction 11 years after the earthquake. PHOTO: ONLINE

On the other hand, he warned that there were certain other parts of the country which were highly susceptible to strong earthquakes since they were located on the fault lines including areas surrounding Quetta, Ziarat, Sibbi, Awaran, Gwadar and Makran.

He further pointed out there were fault lines along the Kohistan region, making it vulnerable to possible earthquakes in the future.

Asked whether there was an increased chance of earthquakes in October given that multiple strong earthquakes had taken place in the month over the past 10 years such as the Awaran earthquake, Rafi dispelled the notion as mere coincidence.