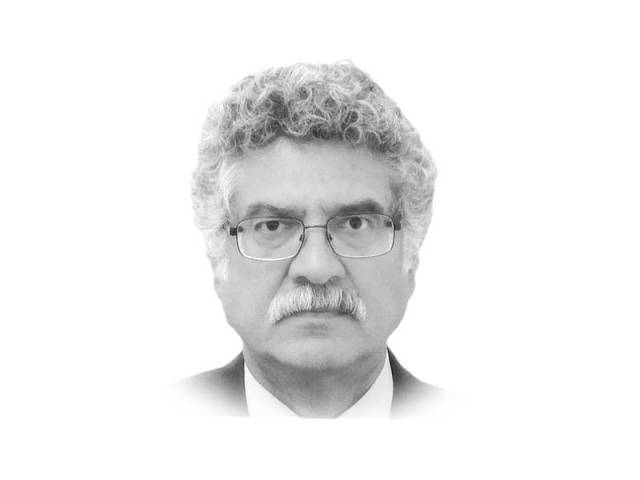 The writer is a former Ambassador of Pakistan and was Permanent Representative to the UN in Geneva and to the Conference on Disarmament. The views expressed here are his own

Over the past several days, media headlines in Pakistan have been dominated by the Prime Minister’s UN speech focusing on Indian atrocities in occupied Kashmir and the growing India-Pakistan tensions following the attack on the Indian military camp in Uri for which, in a knee-jerk reaction, India has predictably blamed Pakistan without any reliable evidence. But an equally important development with a direct bearing on the prevailing tensions between Pakistan and India deserves equal attention. This was the meeting between the Prime Minister and US Secretary of State John Kerry in New York in which, according to media reports, the Prime Minister told Kerry that India should also be asked to take the same measures that are demanded from Pakistan. Our Ambassador to the UN, Dr Maleeha Lodhi, was more direct when she told the press that “Pakistan’s nuclear programme cannot be limited” and that “the world should first put an end to nuclear activities undertaken by India”.

What prompted such a pointed public rebuff by Pakistan to the Americans? The answer is not difficult to fathom. For by now we know very well the American mantra asking Pakistan to show “nuclear restraint” while no such demand is being made to India. For some time now the Obama Administration, in collusion with pliant members of Congress, academics and media sources have been alleging that Pakistan has the fastest growing nuclear weapons programme along with development of tactical nuclear weapons as well as short range and long range ballistic missiles.

These US claims about Pakistan’s capabilities are not only exaggerated but also inconsistent with the facts. In fact, no evidence has ever been presented to substantiate these claims. Pakistan simply does not have the capacity to outpace Indian production of weapons useable fissile material. Moreover, India has been producing nuclear weapons material since before its first test in 1974, a capacity that has increased after the 2008 US sponsored waiver for nuclear cooperation which has enabled India to import nuclear fuel for its civilian reactors while diverting its indigenous sources exclusively for weapons production. Equally important is the fact that India has been clandestinely diverting nuclear fuel imported for civilian use towards its weapons programme, as it did from the Tarapur reactor in the 1970s which enabled Delhi to conduct its 1974 test.

At the same time, the Americans seem to be oblivious to India’s development and acquisition of its tactical nuclear weapons as well as short, medium and long range missiles in addition to its programmes for acquiring even more destabilising strategic weapons such as Ballistic Missile Defence (BMD), Submarine Launched Ballistic Missiles, Multiple-Independently Targeted Rentry Vehicles (MIRVs) and the hydrogen bomb. But no effort is being made by the US to restrain India. On the contrary, the Americans are actually aiding and abetting the Indian build-up, including in the areas of BMD and long range missiles as well as nuclear capable cruise missiles apart from the transfer of the latest generation of conventional weapons. Consequently, the US is actually facilitating India’s ability to enforce its adventurous “Cold Start or “Proactive” doctrine to be able to launch a conventional attack on Pakistan despite the existence of nuclear deterrence.

It is in response to these threatening developments that Pakistan has been forced to react to ensure its security through acquiring Full Spectrum deterrence at the minimum credible level. This involves the ability to credibly deter an Indian conventional attack as envisaged by Cold Start by low yield nuclear weapons, given the asymmetry in the conventional force levels between India and Pakistan. At the same time, we need missiles with adequate range to neutralise and thereby deter India’s submarine launched and long range nuclear armed missiles. In this sense, both our strategic nuclear weapons and low-yield nuclear weapons, which are deliberately mis-characterised as “tactical nuclear weapons” by the Americans, serve a strategic purpose — to ensure credible deterrence across the entire spectrum of Indian threats to our security. They are, therefore, part of our strategic capability despite being low-yield weapons and controlled by a unified Command and Control system.

It is simply not possible that the US is unaware of these realities. Yet it chooses to ignore India’s nuclear build-up and demands that only Pakistan should show restraint. This is not just a matter of American discrimination against Pakistan. This is the outcome of an US-India nuclear nexus geared to fulfil the American objective of using India as a counter-weight against a rising China. But Pakistan is the primary victim of this unholy alliance — a fact that seems to be of little concern for the Obama Administration that has become consumed by its objective of containing China. Until better sense prevails in Washington, we need to recognise the dangers that this US-India nexus poses for Pakistan and regional security.

It is in this context that the current escalation of tensions between Pakistan and India over Kashmir need to be viewed. For a start, policymakers in Islamabad cannot view the Obama clique as a rational player or honest broker between Pakistan and India. More importantly, we need to recognise that only our credible Full Spectrum nuclear deterrence is the sole guarantor of our security. This is obvious from the Indian climb-down from their initial war-mongering. To that end our rejection of US demands for unilateral restraint by Pakistan is the first step in the right direction. We need to follow up by further enhancing our capabilities for Full Spectrum deterrence against India. Neither New Delhi nor Washington should be left in any doubt about our commitment to ensure our security against any threat.

No doubt the US will continue to try and build up pressure against Pakistan, even escalating its demands and its allegations in order to ensure that India’s regional hegemony is unchallenged so that it can help the US to contain China. But for Pakistan, this is a matter of survival — an existential threat. And on that for Pakistan there is no room for compromise.

For the earthquake survivors