Govt need to take action when a boy or a girl of a minori­ty family is kidnap­ped and then forcef­ully conver­ted
By Riazul Haq
Published: October 5, 2016
Tweet Email 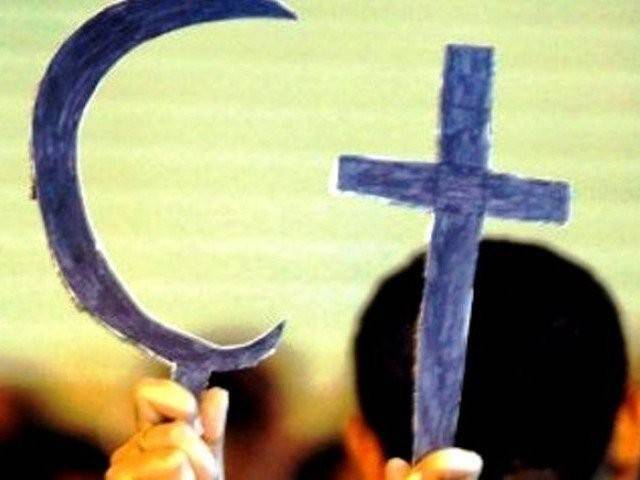 ISLAMABAD: The National Assembly on Tuesday adopted a resolution, urging the government to take necessary steps to stop forced religious conversions and marriages of women belonging to minorities.

Pakistan Tehreek-e-Insaf’s MNA Lal Chand Malhi tabled the resolution. He stated that the issue was more serious in Sindh.

“The government needs to take action on the issue where a boy or a girl of a minority family is kidnapped and then forcefully converted,” he said, adding that a bill was also pending with a committee about the issue that should also be expedited.

Muttahida Qaumi Movement’s Khawaja Sohail Mansoor suggested that the word ‘minority’ be removed from the resolution and it should be replaced with the word ‘person’. “Minorities are as loyal to the country as anyone,” he remarked.

Pakistan Muslim League-N’s lawmaker Khalil George stated the minority affairs ministry was working on the issues of minorities and stated that two other bills of the same nature were also under debate with standing committees.

“I do not think that there is any need for a resolution when such bills are on the cards,” he said.

Pakistan Peoples Party’s Azra Fazal said that the situation of forced conversion was precarious and added that it was time to stand by such resolutions and legislations.

“Why the government is showing narrow-mindedness about a mere resolution. Just let the house adopt it,” she said.

Minister for Law and Justice Zahid Hamid said that the government was not selfish and added that it had no objection if the resolution was adopted and referred to the committee.

The house also adopted an amendment bill to ensure that the outgoing chief of the National Commission for Status of Women (NCSW) will be replaced with a new one within 30 days of his retirement.

The seat of NCSW chairperson is vacant for the last nine months and State Minister for Health Saira Afzal Tarar is holding the acting charge. “She is busy with other things in the ministry and she has no time for this seat,” said MQM’s Nikhat Shakeel Khan who was the mover of the bill. She said there was no timeframe for the appointment of a chairperson to the NCSW and that was why the seat had been vacant for so long.

Aftab stated that the government did not oppose the resolution and the amendment bill should be referred to the committee concerned.

PTI’s Shireen Mazari stated that the government would not go for anything that was being done rationally. “One of my bills is pending with a committee since 2013, so sending such an important legislation to the committee is of no use,” she said, adding it would be dumped under other such papers.

The speaker then referred the bill to the standing committee.