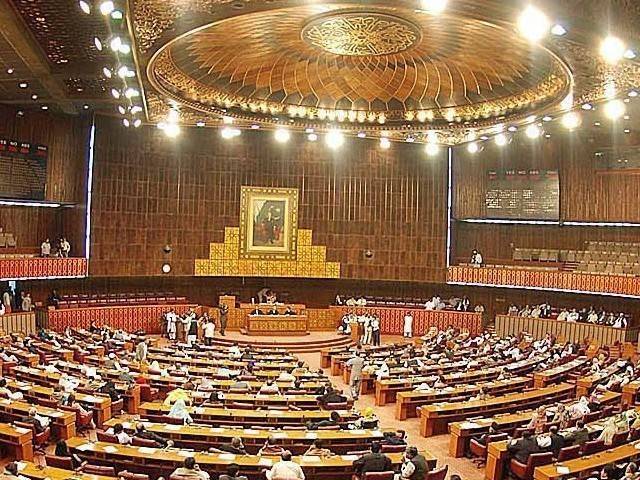 ISLAMABAD: A parliamentary panel has deferred a discussion on the Pakistan Commissions of Inquiry Bill, 2016 which the government introduced last month in the National Assembly to probe into the Panamagate scandal that surfaced in April this year.

The meeting of the National Assembly Standing Committee on Law – chaired by Chaudhry Mahmood Bashir Virk – started on Monday almost one hour late because of lack of quorum and the first item on the agenda was the bill.

However, the panel had to defer the discussion after the Minister of Law and Justice Zahid Hamid informed the committee that he would be busy in the Senate. Hamid was supposed to brief the panel on the bill.

The law minister had presented the bill in the National Assembly on September 3 after the cabinet approved it on August 31. If passed, the law will replace the Pakistan Commissions of Inquiry Act of 1956. The government’s bill is generic and provides for granting ‘enhanced powers’ to the commission to probe matters like offshore companies, loan write-offs, kickbacks, commissions and similar matters.

The bill has 19 clauses. The commission, it proposes, shall have additional powers of a criminal court, the power to constitute special teams and to consult international teams.

It will also be able to seek international cooperation from foreign countries or agencies to get information, documents, evidence and record or issue letters of interrogations in accordance with applicable international instruments; and other powers as deemed necessary for conducting the inquiry.

Under the proposed law, the federal government also will have the power to constitute a three-member commission of inquiry “whenever it is expedient to conduct an inquiry into any definite matter of public importance”.

Soon after the government presented the bill, the Pakistan People’s Party (PPP) also submitted a bill titled ‘Panama Papers Inquiries Act 2016’ in the Senate using its numerical superiority. Both the PPP and the Pakistan Tehreek-e-Insaf (PTI) have already rejected the government’s bill.

The Supreme Court of Pakistan earlier refused to form an inquiry commission under The Pakistan Commissions of Inquiry Act, 1956, saying the “commission formed under the Inquiry Act of 1956 will be toothless and not serve the purpose.”