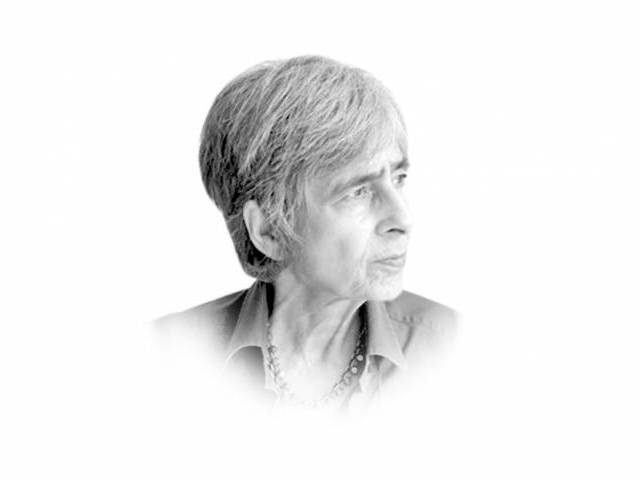 Here we are at the beginning of October, with less than a month intervening before, in November, a change for better or worse will come upon this troubled Islamic Republic (we’ll forget about democracy) with either a change in the leadership of its ruling army, or most desperately hoped not, a renewal of Raheel Sharif’s dominant role in the affairs of state. We remain in a ‘will he, won’t he’ dithery situation with an expected silence on who or what. The General wields sufficient clout over the government and its one-man ruler to be able to do the right and honourable thing even if pressured otherwise. He must go home, do right by the army, which has been stymied since last century, allow those who signed up with expectations to realise them. Let him revert to how things should be. Do not sow more dissent. After all, fair is fair. And his successor should be the man nominated by him, not by his namesake.

Then comes November and the most out of the ordinary US elections. The US, as with all other nations has its rabid unhinged share of citizens and the impossibility, or improbability, that Donald Trump will not grab the prize does not right now exist. It’s a mad, mad world and the sole superpower is part of it all. The thought of the government and leadership of this muddled nation which is still searching for its raison d’etre interacting with a Trump administration is tantalising and at the same time poses problems — known unknowns, as Rumsfeld would have put it. The official press of our great and much lauded patron, China, has termed the US election “an entertaining drama that illustrates the malfunction of the self-claimed world standard of democracy.” One must wonder how it would categorise the standard of democracy in useful Pakistan — malfunction would be putting it lightly. So, it’s an interesting end to a dismal year.

Meanwhile, back on our Islamic ranch and on the huge ranch that is our neighbour, some, or many in the world would say insanity reigns. Both India and Pakistan are equally guilty that for the 69 years of their independent existence they have allowed the Kashmir squabble go far too long a way in undermining the development of their nations, in keeping millions of their citizens in a state of illiterate squalor, and in concentrating on the ‘Potemkin village’ syndrome. Both have since the beginning drummed it into the majority of their peoples that each is ‘the traditional enemy’. Both know the other’s true stance. Harping on UN resolutions get no one anywhere — the UN has since its inception been unable to maintain world peace and its record in sorting out individual enmities is not exactly shining.

What does sanity and straight thinking tell us — that at any point in the lives of generations to come India will succumb to letting go of Kashmir? Would Pakistan be delighted to see an independent Kashmir? It’s a highly doubtful outcome. Just take the Siachen glacier as one point of this ridiculous impasse — That is truly a sign of the insanity prevailing on both sides. What has been happening over the past weeks is reminiscent of the tantrums of retarded kindergarten inmates. Both know that war is far from a solution. Raheel Sharif may trumpet the capability of this army in ‘defending every inch of the country’, but with both sides in possession of the vast and growing nuclear arsenals they both wrongly have, there is little defence against a nuclear bomb. Do we all want to be vaporised? It may be far-fetched to think in such terms but with the gung-ho hotheads on each side nothing is impossible. Incendiary rhetoric helps in no way, nor do threats.

Neither country deserves, nor should they have, nuclear arsenals. They are far too irresponsible, far too wrapped up in inflated beliefs in their own power, and far too negligent of what they owe to the citizens of their nations.

Implications of the latest Indian moves on the Indus Waters Treaty