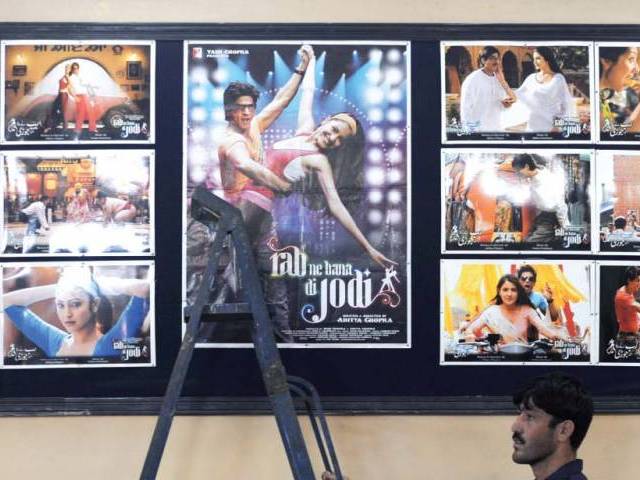 KARACHI: Cinema owners in Pakistan have decided not to screen any Indian movies until tensions between two countries recede. They took the decision on Thursday after the Indian Motion Picture Producers Association (IMPPA) banned all Pakistani artists from working in film projects in India.

“We will suspend the exhibition of Indian films till normalcy,” said Nadeem Mandviwalla, owner of Mandviwalla Entertainment which runs Atrium Cinemas in Karachi and Centaurus in Islamabad. “No Indian movies will play in my cinemas from Friday onwards for sure,” he told The Express Tribune.

Can Pakistani cinema survive without Bollywood?

Super Cinemas General Manager Khorem Gultasab echoed Mandviwalla’s sentiments, saying he has already stopped screening any Indian films at his facilities. “We didn’t wait for an official declaration by exhibitors. From Friday onwards, no Bollywood film will be screened at Super Cinemas for at least two weeks to show solidarity with our actors and our military,” he said.

Although Cinepax – Pakistan’s largest network of cinemas – had not yet banned any Indian movies, a senior official of cinema chain said it would follow suit if film exhibitors take a mutual decision in this regard. “I have not heard anything confirmed as yet, but if exhibitors do ban Indian films, then of course we will go ahead with it,” said Cinepax General Manager Marketing Mohsin Yaseen.

Regarding a mutual decision, Nadeem Mandviwalla said: “Since this ban is an initiative taken by cinema owners and not the government, it is taking us some time to bring everyone on the same page.”

“We were taking things lightly initially, since the so-called ban [on Pakistani artists in India] was just a few mischief-mongers hurling anti-Pakistan slogans,” he said. “But things have gotten serious after the official [IMPPA] declaration.”

Mandviwalla added that an official announcement of the ban on Indian films will be made soon.

Meanwhile, Gultasab said he is also urging other exhibitors to ban Indian films so that the industry stands united. “A ban won’t be effective if confined to just cinemas. Going to a cinema is a choice, but television channels air content from India all the time,” he said. “We must completely black out Indian content. Remove it from TV channels and from DVD shops. Otherwise, there’s no point.”

The cinema owner added that this ban should continue until the Indian government offers Pakistani films a level playing field and Pakistani artists complete protection.

Cinepax opens its doors in Hyderabad

Renowned Pakistani filmmaker Jami agreed with Gultasab, saying: “There are Indian drama serials playing on TV all the time and you have DVD shops selling Indian films. Why just target cinema? If you want a ban, just ban all Indian content.”

Earlier on Thursday, Indian film producers passed a resolution banning anyone from Pakistan from working in films being made in India. The move was announced by IMPPA President T P Aggarwal.

“We’ve passed this resolution in the AGM today on the demand of all the producers. Henceforth, till the situation is ok between the Pakistani and Indian governments, we will not hire any Pakistani artist, technician or singer,” Aggarwal said.

“If there is any ongoing project from which they cannot be removed now, on which everything has been done, they can come for that. We will maintain this till the relations between Pakistan and India are ok,” he added.