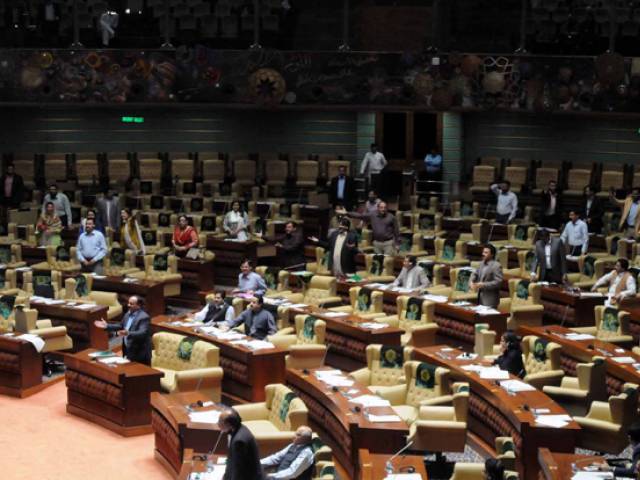 KARACHI: With four different transport departments working on more or less the same thing – managing the transport issues of the metropolis – the Sindh government has finally passed the Sindh Mass Transit Authority Bill.

The Sindh government already has a transport and mass transit department in Karachi. The other two are the Traffic Engineering Bureau (TEB) of Karachi Development Authority (KDA) and the Karachi Mass Transit Cell (KMTC). Moreover, the provision of managing transport also lies within the domain of the Karachi Metropolitan Corporation (KMC) as per the Sindh Local Government Act (SLGA), 2013, but the KMC has yet to launch such a department.

When the City District Government Karachi was operative, the transport and communication department was very powerful, said Dr Noman Ahmed of NED’s urban and infrastructure department. With the new SLGA, this department became very powerless.

After the Japan International Cooperation Agency’s studies in the city, the concept of BRTs sprung up and all the international advisers and consultants emphasised on a powerful department for planning, execution and integration of the BRTs, which could draw the budget independently, said Ahmed.

Ahmed told The Express Tribune that after that, SMTA was proposed, which is similar in nature to the Sindh Building Control Authority. There will be regional centres of the SMTA in Karachi, Hyderabad, Sukkur and other cities of the Sindh, said Ahmed.

However, on a question regarding the role of the local government in the mass transit, he pointed out that their job would only be to share responsibility in the provincial government’s allocated plan. For example, he explained that during the construction of the BRTs, the local government’s job is to deal with encroachments and they will have no say in the budget and execution of the project, which will raise routine maintenance issues.