The smartwatch that begins where the Apple Watch ends

The smartwatch that begins where the Apple Watch ends 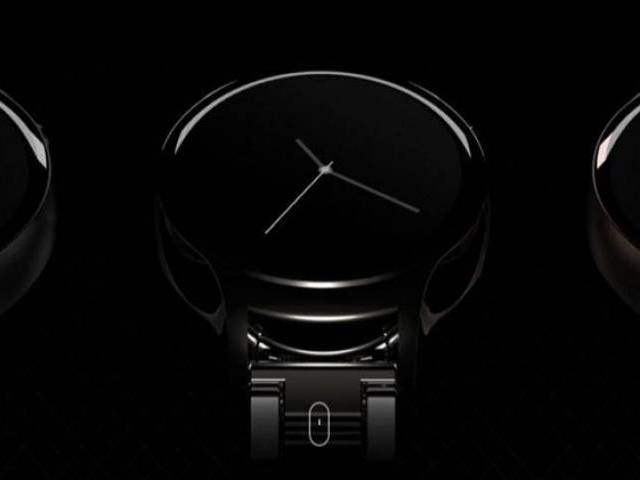 The device costs about US$200 and uses a rechargeable battery that can comfortably go for 35 hours between charges. PHOTO: WITWORKS

Sitting in a Bangalore Starbucks, I can’t help but feel a little like a secret agent awaiting my newest gadget. Across from me, Somnath Meher sits. He’s brought with him Blink, a smartwatch that launches on Friday.

Somnath Meher, along with fellow IIT-Kharagpur alums Ankit DP and Chandrashekhar Iyer, has founded Witworks, a Bangalore-based consumer tech company that creates connected devices for the home and lifestyle spaces. The company currently sells Rewind, a headphone cord detangling device. It raised seed funding in August. However, Blink is its product that’s been under development since November last year.

When I ask to see it, Somnath holds out his wrist – he’s been wearing it the whole time.

Blink is unassuming at first glance – Somnath sports the black watch face on a leather strap. It’s not until he hits a button on the side that I can see the analog clock face glowing against the device’s black background. He unlocks the device, and for the next hour, I’m James Bond.

Time for a change

Smartwatches are nothing new. Consumers that want access to apps on the wrist need look no further than the Apple Watch – which gets an update in October – Android Wear, Samsung Gear S2, and Sony’s Smartwatch 3.

Apple is certainly one of Somnath’s inspirations – he lauds its “reimagined” construction. Blink’s scroll screen navigation method, a circular motion, is vaguely based on Apple’s early designs as well.

According to him, that’s where the similarities end – and with good reason. One of the things holding smartphones back, he points out, is that smartwatch makers tend to be smartphone makers. But a smartwatch isn’t supposed to be a phone on your wrist.

“[We want to] retain what is essential and not – what is essential to be on the wrist,” he tells Tech in Asia. For example, Blink doesn’t play YouTube – or any videos, for that matter. Swiping on a watch didn’t make sense to the team either.

“You open [the Apple Watch] and see 50 things you don’t know what to do with,” he explains.

It’s there that Somnath and his team saw an opportunity. If they built a smartwatch from scratch, with their own hardware and software, they would be able to control the operating system. Instead of making a smaller smartphone screen, they could make something truly for the wrist.

“A watch has traditionally been something that lets you access very critical information on the go,” Somnath says. “That information always was time, but now that information is beyond time.”

The watch Somnath shows me has around 10 apps on it, some of which are native – a music player that holds up to 8GB of music (about 1,000 songs), a fitness tracker, a scheduling reminder, and notifications. Third party apps like Uber, Ola, Zomato, and Google Maps can also be integrated into the watch. The startup is speaking to Paytm and Freecharge to see if second party authentication for online payments can happen through the watch as well.

Blink uses Marvin OS, Witworks’ voice-activated, Android-based operating system that is specifically designed for Blink’s smaller screen. The device, which costs about US$200, uses a rechargeable battery that can comfortably go for 35 hours between charges.

Watches are dated. I, like many millennials, abandoned the wristwatch somewhere in my hazy childhood years. Between the need to remember to take it on and off in the water, coordinate it with my clothing, occasionally take it in for a new battery, and change it every time I entered a new time zone, it seemed too much of a hassle to wear one, especially when I have a smartphone that keeps time for me (and also serves as a decent alarm clock).

Apple, Android, and other watches combat this with sleek and hip designs that communicate that this is not your father’s watch. The model Somnath shows me embraces the opposite – Blink is exactly your dad’s watch, and your dad is a cool guy who you always wanted to be like anyway. The startup has collaborated with watchmakers in India to create the gadget, which comes in six different designs – a combination of two watch rim colors and three band materials: leather, metal, and silicon.

A problem with circular watch designs, such as Motorola’s Moto 360 or Android Wear, is that the screen has to connect somewhere. Running the connections through the bottom have resulted in a lack of pixels showing at the bottom of the screen. The black strip has become known as the “flat tire.” Further, notification text can get cut, lost in the strip.

Blink combats this problem by extending the rim a little past the bottom, which keeps the connections away from the screen in a full circular display.

“A watch is something you wear,” says Somnath. “It’s more than just a gadget. It’s something that represents you.”

How this successful Pakistani entrepreneur is investing his millions into startups