Trump to Israel: will recognise Jerusalem as Israel's 'undivided' capital

Trump to Israel: will recognise Jerusalem as Israel's 'undivided' capital 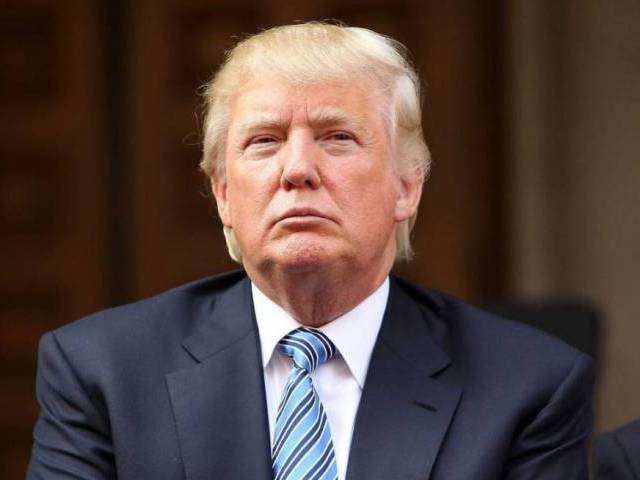 Netanyahu met privately with Trump at his residence in Trump Tower a day before the New York billionaire faces off against Democratic rival Clinton for their first presidential debate.

“Trump acknowledged that Jerusalem has been the eternal capital of the Jewish people for over 3000 years, and that the United States, under a Trump administration, will finally accept the long-standing congressional mandate to recognize Jerusalem as the undivided capital of the state of Israel,” his campaign said in a statement.

Israel captured the Arab eastern half of Jerusalem during the 1967 Arab-Israeli war, and annexed it in 1980, declaring all of Jerusalem Israel’s unified capital.

The United States — and most other UN member countries — do not recognize the annexation and consider Jerusalem’s final status to be a key issue to be resolved in peace negotiations with the Palestinians.

The US Congress passed a law in October 1995 calling for an undivided Jerusalem to be recognized as Israel’s capital and to authorize funding for moving the US embassy from Tel Aviv to Jerusalem.

But no US president — Democrat or Republican — has implemented the law, regarding it as an infringement on the executive branch’s authority over foreign policy.

Netanyahu’s office issued a statement about the roughly hour-long meeting but made no mention of Trump’s pledge on Jerusalem.

“Prime Minister Netanyahu discussed with Mr Trump issues relating to Israel’s security and its efforts to achieve stability and peace in the Middle East,” it said.

The Trump statement said he promised Netanyahu that the United States would provide Israel with “extraordinary strategic, technological and military cooperation” if he is elected.

“Mr Trump recognized Israel as a vital partner of the United States in the global war against radical Islamic terrorism,” it said.

“They discussed at length the nuclear deal with Iran, the battle against ISIS and many other regional security concerns.”

The campaign also said the two discussed Israel’s experience with its security fence used to wall off Israel from the West Bank.

Trump has made building a wall along the US-Mexico border a signature campaign promise.

Clinton met privately with Netanyahu at the W Hotel in New York, where the Israeli leader has been attending the UN General Assembly.

Obama to Clinton before presidential debate: ‘Be yourself’

In a campaign statement the White House hopeful stressed “overarching strategic interests” between the two countries and affirmed her support for a robust military aid deal the US recently promised Israel.

The statement underscored that the two nations would work in tandem to “enforce and implement the nuclear deal with Iran,” US President Barack Obama’s signature diplomatic initiative, which Israel has fiercely opposed.

“The Secretary reaffirmed her commitment to work toward a two-state solution of the Israeli-Palestinian conflict negotiated directly by the parties,” the statement read.

It would guarantee “Israel’s future as a secure and democratic Jewish state with recognized borders and provides the Palestinians with independence, sovereignty, and dignity.”

In recent weeks Washington has toughened its criticism of Israel’s accelerated building of settlements on occupied land in East Jerusalem and the West Bank, warning that it could destroy hopes for peace with the Palestinians.

France asks Switzerland to give information on 45,000 bank accounts