Under construction: Orange Line project half way through

Under construction: Orange Line project half way through 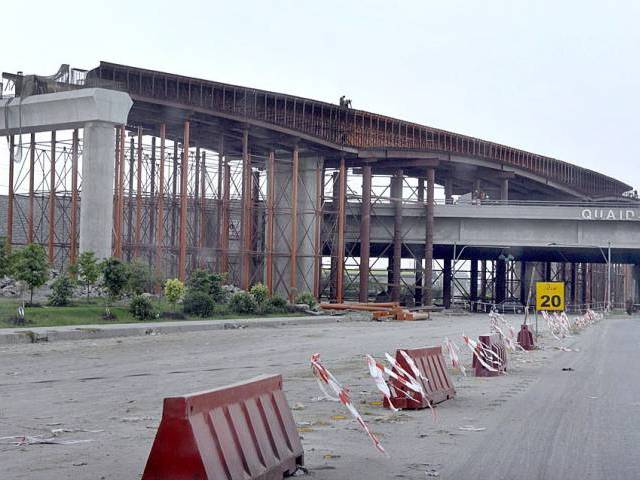 LAHORE: More than 48% of the construction work on the Orange Line Metro Train (OLMT) project has been completed while work on nine out of 11 elevated stations is in final stages.

These details were shared on Wednesday by OLMT Steering Committee Chairperson Khawaja Ahmad Hassan while chairing a meeting to review the project.

The meeting participants were told the National Engineering Services Pakistan (Nespak) has constituted a special taskforce to prepare designs for OLMT stations and a three-member delegation of architects would soon visit metro stations in Dubai, Beijing and Shanghai.

Nespak has also prepared a proposal for linking underground Orange Line Anarkali Station with Jain Mandar Station of Green Line Metro Bus through an underpass. The proposal has been handed over to Punjab Mass Transit Authority (PMA) for further deliberations. The meeting was informed that U-tub girders had been precast for laying rail track for the metro train.

Ahmed directed the concerned officials to prepare standard operating procedures clearly specifying duties of relevant departments for launching of the structures. He also directed to provide adequate security to Chinese experts working on this project in Lahore. “Negligence in this regard will not be tolerated,” Ahmad Hassan maintained.

He instructed the officials to provide water supply and sewerage connections at the metro train stations, besides making fire-fighting arrangements. In addition, he ordered to expedite work on under-construction Kinnaird High School building and two schools along Multan Road by utilising additional labour for the purpose.