Child labour is as big an issue now as it was a quarte­r centur­y ago
By Chris Cork
Published: September 22, 2016
Tweet Email 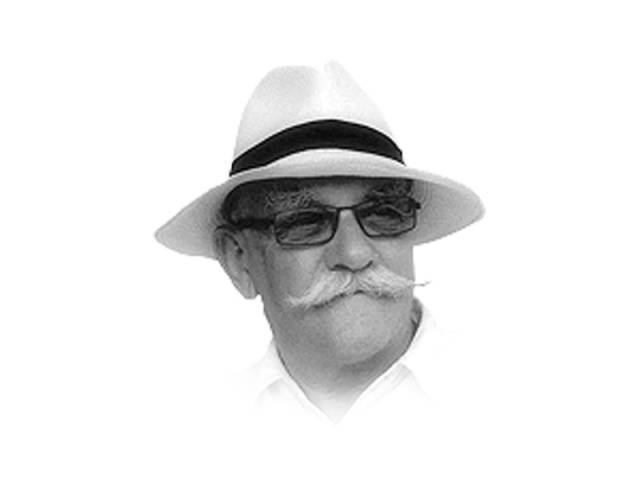 Over the many years that I have chronicled life in Pakistan I and others have commented on how there is much that is palpably different over time but little that has really changed. The differences on the surface are not reflected in deeper changes. Honour killing is no less than it was and may be growing. Child abuse in all its iterations likewise. Child labour is as big an issue now as it was a quarter century ago and the status of women, despite much-trumpeted legislation and the growth and visibility of women in the workplace, remains shackled to the whims and wiles of men, most of whom think of women no differently to what their fathers and mothers did. Some do, but they are a minority. The sectarian divide bleeds almost daily at the edges. Corruption and inefficiency dog the heels of development everywhere.

Well not quite everywhere. Moving through Gilgit and Nagar where I started my journey in Pakistan in 1993 and digging deep there are changes, visceral and fundamental, that I and my colleagues could never have envisaged almost a quarter century ago. It took a while to pin it down in Gilgit but eventually an educationist put his finger on the button – it was, they said, the absence of fear.

The thought had never occurred to me, but they were right. The capping of the sectarian conflicts, reducing them to dormancy rather than blood-boltered daily events was the key to so much else. How that was achieved was the subject of much anecdotal speculation with the Chinese suspected of having a hand in putting the brakes on – but nobody could substantiate their musings. Who or what, individually of collectively, called a halt remains a mystery to me, and history will have to peel that particular onion.

Following hard on the heels of the damping of fires came the education explosion. In Nagar the fuse that was lit in the ‘90’s by Naunehal Development Organisation (yes…one of those much reviled NGO’s) setting off an educational ‘bang’ that echoes today. The schools built by NDO all survive and thrive. At least one NDO student from Askurdas has gone on to found a school in Danyore, a suburb of Gilgit, taking the NDO model of community ownership and participation as his template. The government stepped up to the plate as well, built schools for both boys and girls and the people of Nagar decided that perhaps, just perhaps, female education was not such a bad idea after all.

The health centre at Jaffarabad built in collaboration with the Aga Khan Health Services also thrives, and has a lady doctor permanently stationed there. Infant and maternal mortality rates have dropped like a stone.

In the last year a Sunni female politician from Chilas was invited to open an NDO micro-industry project in Hopar, an exclusively Shia village. She and her entourage got trapped by bad weather, and they were hosted by the people of Hopar in a way that would have been unthinkable a decade ago. They went home when the weather cleared across a bridge that was not there before. That she accepted the invitation in the first place is an indicator of just how far much has moved.

There are changes in agriculture as well, with a swing towards more profitable fruits that can now go from ‘picked’ to ‘sold’ down country in under 24 hours – and a stop to the ruinously destructive free grazing of goats. Tourism across the region is consolidating around the domestic market, tiny in the past but now replacing the ‘internationals’ that make up just two or three percent of the total. There is a proposal to build a new 40—50 bed hotel in Nagar, the first new-build in 30 years.

As ever in Pakistan every silver cloud has a darker lining. The education explosion has produced an educated and youthful workforce that has little or nothing to do beyond employment in the seasonal tourist industry. The dots have not been joined beyond education, and the Assistant Professor of Sociology at the Gilgit government degree college called this the single greatest challenge now facing Gilgit-Baltistan. He was not wrong – it is.

Why? Frustration, disaffection and the potential for radicalisation is why, and virtually all of those that I discussed futures with over 10 days said the same thing, whether they be in agriculture, health, education or tourism – government and private sectors alike. The space beyond education has not been filled. There is insufficient vocational training for such industries as there are, and the development of micro-industries is a long process. Many young people are moving south, outside of G-B, and families are beginning to fragment. Concerns were expressed that the gains that had been made could be easily lost, particularly the sectarian equilibrium.

There was also much discussion – and concern – about what the China-Pakistan Economic Corridor (CPEC) was going to mean for G-B generally. Unlike much of the rest of the country which I visit there was lively debate and very considerable interest in the CPEC. Most saw it as ‘a good thing’ but were sketchy on the whys and wherefores of just what ‘good’ that might be. For the most part there was agreement that the presence of the Chinese over the last 15 years had been beneficial in a multitude of ways but particularly business and trade.

The concerns also centred very much on the possibility of ‘down country’ robbing G-B of its rightful dues in some way. This was linked to the grumbling and unresolved status of G-B generally – and it was noted that there had been an uptick in land and property purchases by ‘down-country’ folks in the last few years.

Much has changed, really changed, since my last visit seven years ago. Mostly for the better. For ‘better’ to be sustained there must be a consolidated vision that runs across the public and private sectors, and partnership is going to be the key. Fingers crossed.

Dharna 2.0 and engaging the youth