Another blow: No Pakistan at AFC Solidarity Cup

Another blow: No Pakistan at AFC Solidarity Cup 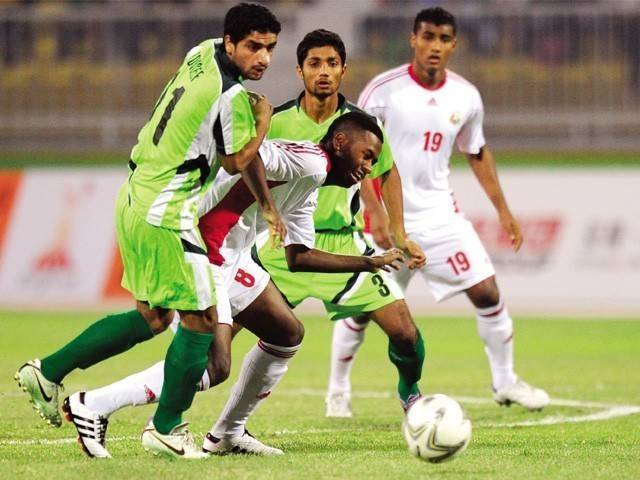 KARACHI: Pakistan football players are in for another bout of despair as the country is set to miss yet another opportunity to compete internationally with the Asian Football Confederation (AFC) Solidarity Cup just over a month away.

The tournament, starting from November 2 in Malaysia, is featuring the Asian teams that crashed out of the FIFA 2018 World Cup qualifiers and the AFC Asian Cup’s preliminary qualification rounds.

Pakistan withdrew their participation in another episode of football’s inactivity both in the domestic and international arenas due to infighting among Pakistan Football Federation’s (PFF) two rival factions and the subsequent involvement of the Lahore High Court (LHC).

Nepal will be the top team in the event with a world ranking of 186, with Mongolia down on the 202nd spot.

Withdrawal from the event will further push Pakistan down from their 194th rank.

“It’s embarrassing, disheartening and unfair to the players,” midfielder Saadullah, who recently returned to Pakistan after a tour of Europe for preliminary trials at Hungarian club Somos Sport Egyesu KFT, told The Express Tribune.

“A year and a half has already been wasted because of the federation’s power struggle. It’s us, the players, who are being tortured. We are in our prime now, but they care neither for us nor for the future of the game.”

Meanwhile, the FIFA-backed faction of Makhdoom Syed Faisal Saleh Hayat explained that they did not have the resources or the time to prepare the team as there are less than two months left for the event to start.

On the other hand, the LHC-backed PFF administration said they have requested the AFC to reconsider Pakistan’s participation as their faction will try to prepare a team for the Solidarity Cup in time.

“We can only request them to authorise us to send the team, but since they recognise Hayat, we really can’t do much,” said PFF official Rauf Bari.