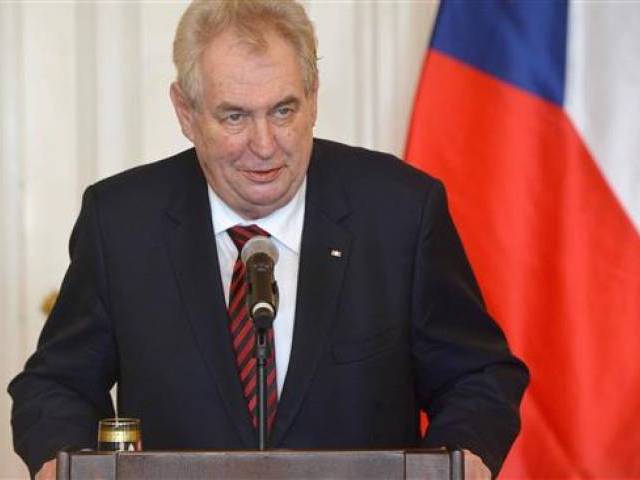 “I’d vote for Donald Trump if I were a US citizen,” Zeman said, quoted by the Dnes Czech daily.

Branded a populist by his critics, the ex-communist leftist Zeman shares Trump’s staunch anti-migrant stance and a fondness for Russian President Vladimir Putin.

But in August leftist Czech Prime Minister Bohuslav Sobotka insisted Clinton was better than Trump for the NATO alliance on security issues as relations between Russia and the West reach their lowest ebb since the end of the Cold War.

Trump drew the ire of eastern NATO members including Lithuania and Estonia that were ruled by Moscow during the Soviet era by appearing to suggest that he might not protect them from Russian aggression.

Trump has also enthusiastically touted his readiness to work with Putin, at one point even describing the Russian strongman as more of a leader than US President Barack Obama.

Putin on Saturday offered what appeared to be his strongest support for Trump so far — without explicitly naming him.

“We are carefully watching what is happening in the United States and we, of course, view with sympathy those who publicly state that it is necessary to build a relationship with Russia, on the basis of equality,” he told journalists at a televised briefing.