Burton allege­s that the actor purcha­sed the drugs under the fake name 'Arthur King'
By AFP
Published: September 20, 2016
Tweet Email 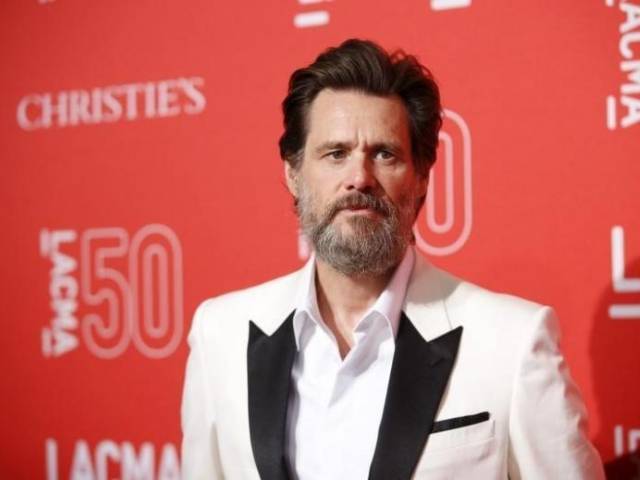 Veteran comic actor Jim Carrey was sued Monday for allegedly procuring drugs under a bogus name for his ex-girlfriend, who died of an overdose last year, and then trying to hide his involvement.
According to the suit filed in Los Angeles Superior Court by Mark Burton, the estranged husband of Carrey’s former girlfriend Cathriona White, the actor “used his immense wealth and celebrity status” to obtain opioids for her.

Burton alleges that the actor purchased the drugs under the fake name “Arthur King” and then “took steps to conceal and obfuscate his involvement and culpability” after White’s death. Carrey’s attorney, prominent celebrity lawyer Marty Singer, dismissed the suit on Monday as nothing but a bid by Burton to extort money from the actor.

The celebrity website TMZ quoted Singer as saying White “stole” Carrey’s prescription medication and that he never gave her any pills.
“There are moments in life when you have to stand up and defend your honor against the evil in this world,” TMZ quoted Carrey as saying in a statement. “I will not tolerate this heartless attempt to exploit me, or the woman I loved.” The suit alleges that Carrey was obsessed with controlling and manipulating the 30-year-old woman with whom he had an on-again, off-again relationship since 2012 and was able to monitor surveillance cameras at a home in the Los Angeles area where White often stayed.

Microsoft gets support in gag order lawsuit from US companies

The actor and his assistant were allegedly aware that White had not left the home for well over a day in September, when she died, but failed to act. News reports at the time said that she and Carrey had broken up a few days before her death.

White sent a cryptic message on her Twitter account on the day the couple reportedly broke up that read: “Signing off Twitter, I hope I have been a light to my nearest and dearest.” According to the coroner’s office, White took her own life by overdosing on a lethal amount of prescription drugs including Ambien, Propranolol and Percocet.

The suit alleges that three pill bottles found near the body of the Irish-born makeup artist bore the name “Arthur King.”

Carrey allegedly obtained the drugs from a physician who routinely prescribed them to the actor under the false name. The suit claims that the Canadian-born comedian tried to cover up his tracks by sending a “bogus text message” to White on September 27, when she was already dead, enquiring as to the whereabouts of the drugs.

US sues Pennsylvania town for ban on building mosque

Carrey served as a pallbearer at White’s burial in her hometown in Ireland and wrote a tribute after her death describing her as a “truly kind and delicate Irish flower.”