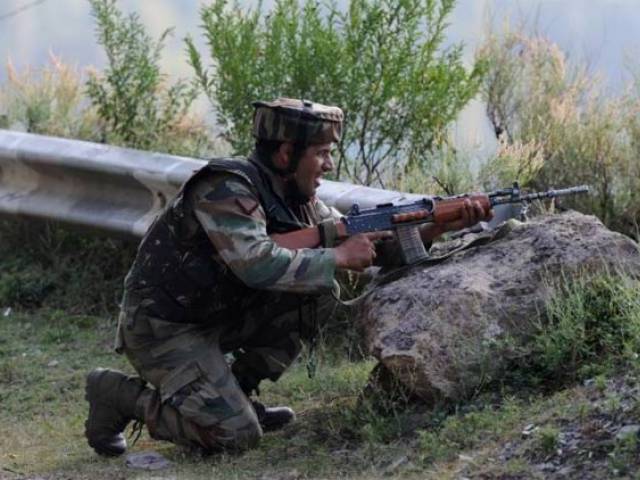 ISLAMABAD: Pakistan strongly denied any role in Sunday’s pre-dawn deadly attack on the Indian military base in the disputed Kashmir region as it put border guards on ‘high alert’ amid fears of potential military escalation between the two countries. In a knee-jerk reaction to the attack on the brigade headquarters in Uri, India’s civil and military leaders squarely blamed Pakistan with media commentators calling for a military response.

Modi vows to punish those behind IoK base attack

The Inter-Services Public Relations (ISPR) confirmed the hotline contact but said Maj Gen Mirza refuted the ‘unfounded and premature’ Indian allegations and asked his Indian counterpart to share any actionable intelligence. He made it clear that no infiltration was allowed from Pakistan’s side because ‘water tight’ arrangements were in place on both sides of the Line of Control and Working Boundary.

Speaking to reporters in Srinagar, Lt Gen Singh claimed that the four militants involved in the Uri attack were foreigners and linked with the Jaish-e-Muhammad militant group.

A senior military official told The Express Tribune that it was not surprising that India was quick to blame Pakistan for the Uri attack. India’s retired generals and diplomats started pointed fingers at Pakistan even while the attack was still under way. “Therefore, it was a foregone conclusion that India would eventually lay the blame on us (Pakistan),” said official, who requested not to be quoted on record because he was not authorised to speak to the media. He questioned the timing of the attack, saying that it appeared to be aimed at diverting attention from grave human rights violations in the Indian occupied Kashmir just ahead of the start of a UN General Assembly session in New York.

While the military official was reluctant to publically say that the Uri attack might be a ‘false flag’ operation, Defence Minister Khawja Asif was candid. “The Indian army is massacring Kashmiris. As you sow, so shall you reap,” Asif posted a message on his twitter handle while reacting to the Uri attack. “Don’t rule out inside job to malign Azadi movement by blaming Pakistan,” he added.

The aggressive posturing by India compelled Pakistan Army to be on ‘high alert’ along the LoC and working boundary to deal with any attempt by Indian forces to carry out what the Indian media was speculating ‘surgical strikes’ against alleged terror camps in this side of LoC. Military sources said Pakistan was ready to respond to any ‘misadventure’ from across the border.