There is a need to create wider social accept­abilit­y for eunuch­s. The loan recove­ry idea is welcom­e.
By Editorial
Published: February 13, 2011
Tweet Email 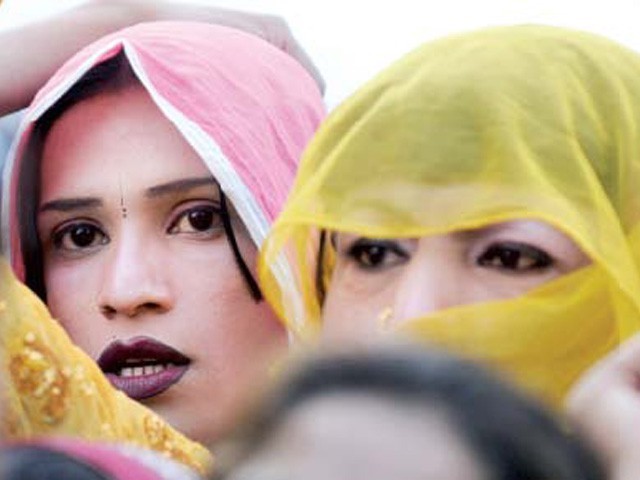 There is a need to create wider social acceptability for eunuchs. The loan recovery idea is welcome. PHOTO: AFP

The Sialkot Tehsil Municipal Administration (TMA) has said it will be using eunuchs to collect outstanding water supply charges as a measure to recover at least some of the Rs20 million outstanding in dues, due to the failure of the staff to collect them. The community of eunuchs has welcomed the decision and expressed confidence that they will be able to bring in every paisa the people have failed to pay, presumably over a period of some years. The Sialkot TMA’s decision falls in line with a December 2009 Supreme Court suggestion, while giving directions for eunuchs to be given the same rights as other citizens of Pakistan — that eunuchs be employed to recover outstanding sums of money.

The court had noted the considerable success of this measure in India. There is every reason to believe, given the similarity in social traditions, that the move will work here too. The Sialkot experiment should prove interesting. Eunuchs can create embarrassment by raising a commotion and fear of their ill-will is deeply rooted in our society. But beyond the issue of employment for eunuchs, the court had also ruled that their inheritance rights and constitutional rights be protected. This includes the right to vote and to hold identity cards. We wonder what has been done to deal with this aspect of the issue.

There is also a need to create wider social acceptability for eunuchs. The loan recovery idea is welcome, as it offers them some means of earning an income other than by begging. But the stigmatisation of the community, which leads to them being prevented from using public transport and venues, needs to be dealt with. The loan recovery drive is largely based around the fear eunuchs generate. There is also a need to eradicate this fear and make attempts to mainstream the group which currently occupies an awkward place on the outskirts of society.