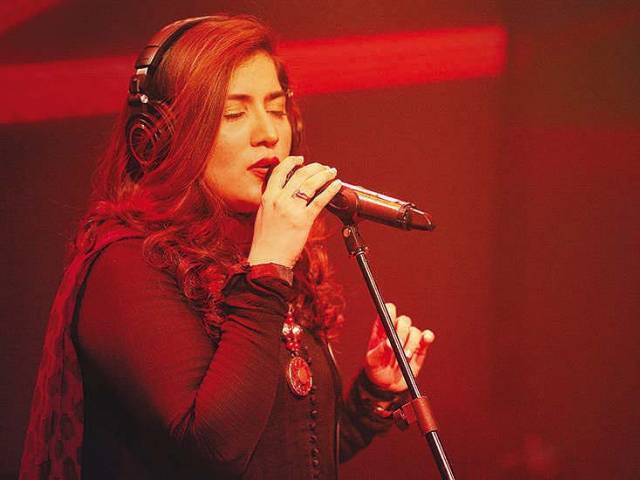 KARACHI: Fans of Coke Studio singer Samra Khan can finally rejoice. The crooner has released her first single since last year’s Hina Ki Khushbu, with an impressive video accompanying it.

The new song, entitled Bol, has been written by Waqqas Qadir Sheikh and composed by Atif Ali, stated a press release. The video has been shot in Dubai and directed by Fadi Khan.

Bol celebrates freedom and aims to motivate listeners to conquer everything they have ever wanted, without worrying about the opinion of others. It implores one to reach out and achieve their goals.

“This is my first original track, so naturally it is very close to my heart,” said Khan, of her latest offering. “Bol is about breaking free, speaking out and shattering stereotypes. Its lyrics are universal so I know that everyone will connect to it in a different way.”

Coke Studio 8’s Hina Ki Khushbu marked Khan’s debut in the industry, propelling her to stardom. A rendition of a Noor Jehan original, which she performed as a duet with Asim Azhar, racked up over two million views on social media. Since then, Khan has opened a concert for Adnan Sami, performed live for a crowd of nearly 3,000 people at Dubai World Trade Centre and is currently working on several original tracks that are expected to release by the end of this year.

Do or die: No second chances in Bollywood