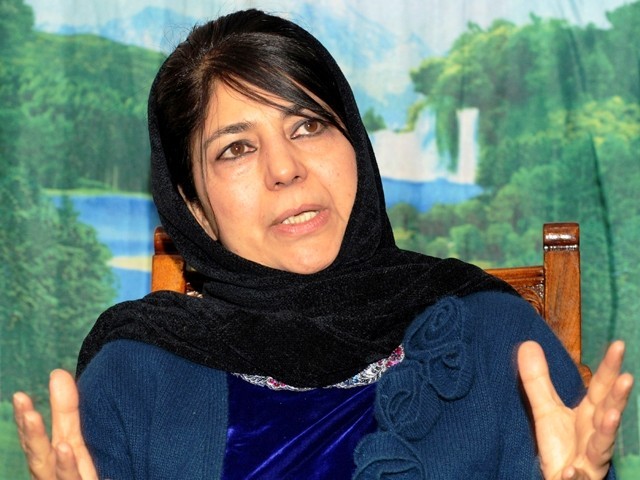 Comparing the situation in Kashmir with the one existing in Egypt, Peoples Democratic Party President Mehbooba Mufti on Saturday said that despite the conditions being similar, people in India were no better off than Egypt: both peoples have to fight for their rights, be it democracy or self-determination.

“The people in Egypt were fighting for democracy and we are fighting despite being a democracy for the past 60 years,” she was quoted by Indian newspaper The Hindustan Times as telling reporters on Saturday at a press conference.

“I congratulate the people of Egypt for what they have achieved. But at the same time I appreciate the army of Egypt. They protected their people during this crisis,” she said.

Mehbooba criticised the government at the centre for not acknowledging the transition of people in Kashmir from “violence to peaceful protests.”  “After 9/11 there was a transition in Kashmir from bullet to ballot but unfortunately central leadership ignored that transition,” she said.

Citing the differences in Egyptian and Kashmiri leadership, she also lashed at the state government. “When people came out in Egypt, nobody accused them of being one or the other. But here when people came out on roads demanding justice, our own government labelled them as Lashkar-e-Taiba, paid agents and now they are saying that thousands of youth pelting stones on the roads were drug addicts. The leadership is maligning its own people,” she said.

Chief Minister Omar Abdullah responded to the Mehbooba’s comments on social networking site Twitter. “She wants army rule in Kashmir as well since her party is in opposition,” Omar tweeted.