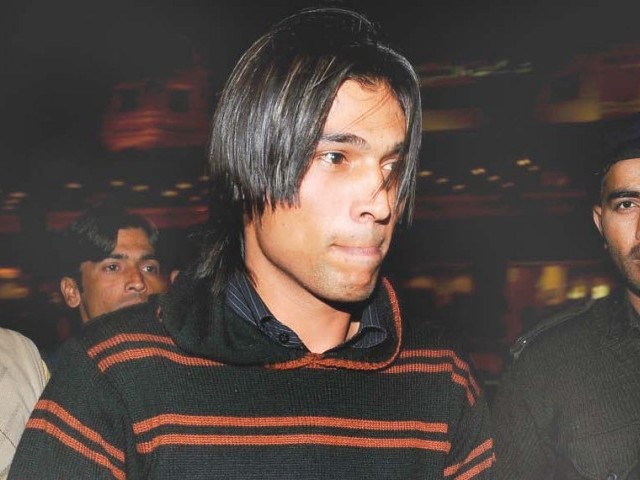 Mohammad Amir talks to the media at the Lahore airport. The PCB will appeal his five-year ban. PHOTO: FILE AFP

In a dramatic turn of events, Pakistan Cricket Board (PCB) Chairman Ijaz Butt has officially requested a review of a five-year ban imposed on fast-bowler Mohammad Amir by the International Cricket Council (ICC).

The PCB had distanced itself from Amir, Salman Butt and Mohammad Asif following their provisional suspension last year in the wake of the spot-fixing allegations during the England tour. The board also suspended the trio’s central contracts while also banning them from using its grounds and facilities with Ijaz Butt adding that the trio will have to appeal the ICC verdict on their own.

But on Friday, the PCB chief took a U-turn and said that the board had requested a review of Amir’s ban. “As the anti-corruption tribunal has asked for a review on the code of conduct, we too have requested the ICC to have a review on the five-year ban on Amir,” said Ijaz, who hoped the matter would be discussed at the ICC’s next board meeting.

Amir, who was handed out the minimum sanction of five years, has also decided to appeal the verdict in the Court of Arbitration for Sport.

It was also widely speculated that the 18-year-old, having never violated the ICC’s code of conduct in his short but promising career, would only be given a one or two-year ban. However, the three-man tribunal, headed by Michael Beloff, imposed a sanction of five years – a decision that the anti-corruption unit has admitted to be harsh in the judgment released a few days ago.