The van was on its way to Rawalp­indi from Haripu­r
By Mushtaq Naqvi
Published: September 12, 2016
Tweet Email 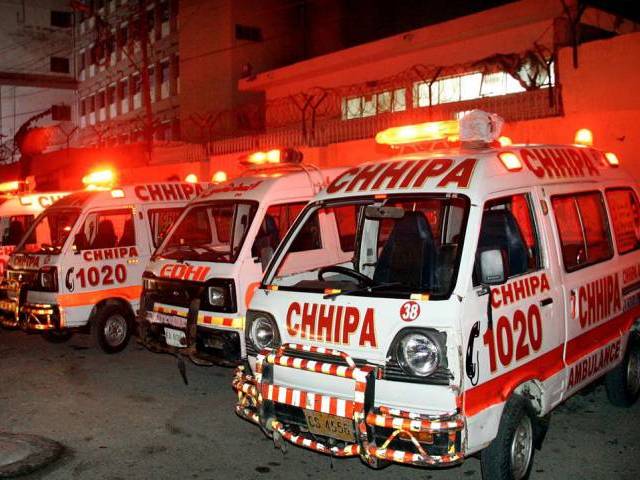 The bodies of the victims and the injured were shifted to the Taxila Tehsil Headquarters Hospital. PHOTO: ONLINE

TAXILA: Five passengers of a wagon, including two children and a woman, died in a road accident in Taxila on Sunday, police and hospital sources said.

The accident occurred at Mohra Chowk near Wah Cantonment, when a passenger wagon on its way to Rawalpindi from Haripur collided head on with a speeding truck coming from the opposite direction.

As a result two children, a woman and two men were killed and ten others were injured.

The condition of two of the injured are stated to be serious.

The bodies of the victims and the injured were shifted to the Taxila Tehsil Headquarters Hospital.

The identity of the dead could not be ascertained till the filing of this report. However, two of the injured were identified as Tamraiz and Khurram Shehzad, both residents of Jamilabad Taxila.

The Taxila police have registered a case of the accident and started investigation.