When actor Saif Ali Khan set out to make Agent Vinod, an action thrill­er which is his most ambiti­ous projec­t yet, he...
By Reuters
Published: May 9, 2010
Tweet Email 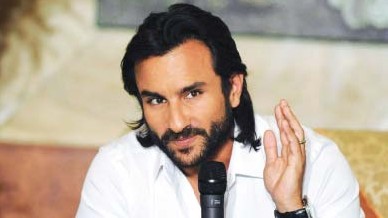 MUMBAI: When actor Saif Ali Khan set out to make Agent Vinod, an action thriller which is his most ambitious project yet, he was basking in the success of his home production Love Aaj Kal.

Six months later, the bigticket film about an Indian intelligence officer is still an upcoming project because – as Khan himself puts it – “finances have changed” and production house Eros is no longer associated with Agent Vinod. “This isn’t really a film that you could make just like that and everything wasn’t right, so we decided to wait till the time was right before we could go on the floors,” Khan told Reuters news agency. Agent Vinod is not alone. In the first half of 2010, few big-ticket films have gone on the floors.

Most have had their budgets reworked and star salaries reduced as Bollywood feels the pinch of two bad years at the box-office. “In 2007 and 2008, everyone wanted to make movies and pump in money, but what happened is that stars charged much more than they deserved, corporates spent more than was necessary and as a result making a profit on a film proved to be a tough proposition,” says trade analyst Vajir Singh. Only a handful of films made a killing at the box-office in the past 16 months and industry watchers say that made producers tread cautiously on new projects.

This year, Farah Khan’s Tees Maar Khan, Shah Rukh Khan’s sci-fi flick Ra.1 and now Agent Vinod are among the few bigticket films in production. Even star power could do nothing for budgets. The budget of Ra.1 was reworked from around Rs800 million to Rs550 million. And Akshay Kumar agreed to a pay cut for his latest venture Housefull. Studios are also playing it safe, a far cry from the “heady” days of 2008 when there was too much money chasing too few projects.

“Stars got what they asked for and production costs went sky high but none of that led to more hits at the box-office,” says Ram Mirchandani of Eros International. Instead of huge star salaries, which could form up to half a film’s budget, studios are offering their actors a cut in the profits. Flashy item numbers and foreign locales are also out of the picture or being done on a much smaller scale. But this may not be a permanent change. Producers say all it would take is a few more hits at the box-office but for now they advise prudence. “Now it is the time to be more realistic, and more cautious,” says Mirchandani.