Not an obituary of the MQM

Not an obituary of the MQM

For me, the MQM stands as a consta­nt remind­er that someth­ing went wrong, horrib­ly wrong, with the Pakist­an idea
By Yaqoob Khan Bangash
Published: September 3, 2016
Tweet Email 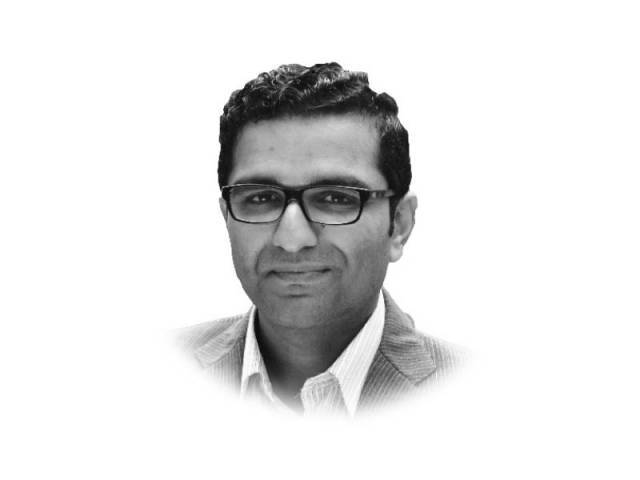 The writer teaches at IT University Lahore and is the author of ‘A Princely Affair: The Accession and Integration of the Princely States of Pakistan, 1947-55.’ He tweets at @BangashYK.

Over the last several days, a number of obituaries have been written of the Muttahida Qaumi Movement — the MQM. The sidelining of Altaf Hussain by the Karachi Rabita Committee, the slow but steady desertion of its members in parliament, the crackdown of the Rangers, and the creeping changing dynamics of Karachi’s politics — all do not bode well for a once formidable party known for its discipline, strong cohesion of vision and its middle class roots. However, to write off the party now, or even in the immediate future, would be a folly, and a grave one, if we are to make Pakistan a better place for all its inhabitants.

The MQM emerged out of the All Pakistan Mohajir Students Organisation and the ‘M’ in the party’s abbreviated form also stood for ‘Mohajir’ initially. The fact that after nearly seven decades, the people who migrated from what is now India to Pakistan are called Mohajir — migrants — is something which has stopped shocking people any more. It is all the more significant because this appellation, was and is, still only used for the Urdu-speaking population of Pakistan, not for others who also migrated to Pakistan during Partition. More than half of Karachi’s population according to the 1951 census was born outside the city, but it is seldom mentioned that Lahore boasted a similar percentage of people born outside. The only difference was that the migrants to Lahore were mostly Punjabi and the migrants to Karachi mostly Urdu speaking. Their reasons for migration were also different.

An overwhelming percentage of the migrants to Lahore — from east Punjab — moved as a result of Partition violence; otherwise they had little intention of leaving the land of their birth. Almost all of the migration in Punjab is directly related to violence by communities and the resultant cleansing, rather than due to the creation of Pakistan. However, the migration from the United Provinces, Central Provinces, Hyderabad, etc., was mainly ideological. There was very little Partition violence in these areas, and so the Muslims who moved to Pakistan did not move due to a fear of Hindu attacks, but because they wanted to come to their new ‘homeland’. Lest we forget, the Muslim League was strongest in Muslim minority provinces and weakest in the Muslim majority areas, hence the ‘idea’ of Pakistan was stronger in the former than in the latter areas. These people who left their hearth and home after being convinced of the Pakistan idea, had certain expectations of the new country. Some dreamt of an Islamic utopia, others of a place where opportunities would abound, and others thought they were going to rule the new place as they wanted to and be rid of the permanent spectre of Hindu majoritarianism. Quite obviously, their expectations were not fulfilled in large part, and the result was the rise of the MQM in sheer frustration.

The simple fact that the MQM is not simply Altaf or a few of its leaders means that it will outlive its founder. The party is as tied to the Pakistan experiment as the erstwhile All India Muslim League was. And in the same way it will only disappear, and that too very fast, if its objective — the full assimilation and recognition of Mohajir rights in Pakistan — is achieved. Something tells me that this is not happening any time soon.

Rather than harp on and on about the bad sides of the MQM, maybe we should think about its positive side? For me, the MQM stands as a constant reminder that something went wrong, horribly wrong, with the Pakistan idea. It is a living example that the ideals upon which the country was supposed to have been founded, still remain unrealised — and even ignored. It reminds us that rather than worrying about people in other countries, we must first focus completely on solving our own problems and ensure a decent and prosperous life for our citizens. For me, the MQM is a reminder that our true independence day is yet to come.

The art of cynical distraction