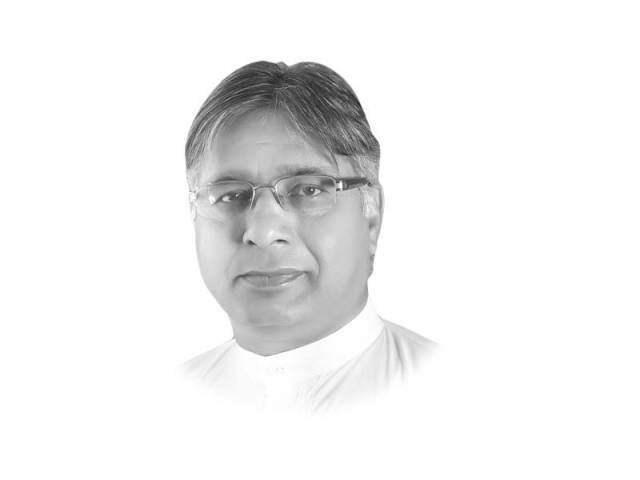 The writer is a freelance journalist specialising in International law, rural development and public policy, and a director of the Centre for Social Justice

Recent vibes from the ministry of foreign affairs deserve space in the public discourse as they represent Pakistan’s proactive approach towards peace and security. In August, Mr Sartaj Aziz, the advisor to PM on the foreign affairs reiterated Pakistan’s suggestion made in March this year, for an accord between India and Pakistan to freeze nuclear tests.

In May, he informed Senate about government’s intention to introduce a resolution in UN General Assembly to declare the Indian Ocean a zone of peace, to bar movement of nuclear weapons and carriers. On August 23, Dr Maleeha Lodhi, Pakistan’s permanent representative to the UN, presented Pakistan’s vision at the Security Council on Challenges in addressing proliferation of WMDs (inter alia). She stated, “The global disarmament landscape presents a gloomy picture. The principal reason for this is the lack of progress made by Nuclear Weapons States in fulfilling their legal nuclear disarmament obligations. That has negatively impacted on the efficacy of the non-proliferation regime. Disarmament and non-proliferation are inextricably linked. It is unrealistic to expect progress on one without movement on the other.”

Pakistan’s intentions of playing a part in international peacebuilding and disarmament have not been received well in the past. India specifically, turned down the proposal including a ‘no war pact’ and ‘no first use of nuclear weapons’ presumably because of its ambitions to become a regional power. Similarly, India floated peace proposals that were unacceptable to Pakistan.

Indian leaders expound their goodwill for peace repeatedly and worked hard to have Mahatma Gandhi’s birthday declared the International day for non-violence (2007). The Indian foreign minister Shuma Sawraj mentioned this development in her speech at UN in 2015, as evidence of India’s preference for peace.

On the contrary, both countries have evaded any serious engagement when it came to walking the talk. Neither India nor Pakistan has yet become party to the Treaty on the Non-Proliferation of Nuclear Weapons (1970) and Comprehensive Nuclear Test Ban Treaty (draft). Same is the case in the Arms Trade Treaty aimed at controlling illegal transfers of small arms that came into effect in December 2014.

Both countries maintain mistrust against one another — manifest in demands for reciprocity where neither is ready to actualise first. Hence, either for the sake of hegemony in the region or to break it, the race for arms and ammunition has continued, leaving large part of the populations on two sides in bloody conflicts and without adequate living standards.

Hence, Pakistan’s recent moves in the direction of arms reduction and peace have an added significance in the current context. Besides opening a window of opportunity for peacebuilding in the region and global security, the moves might make both countries eligible for membership of nuclear suppliers’ group.

India and Pakistan would have to deal with the mutual mistrust, continuously reinforced by propaganda machineries on both sides, disabling internal and external policies by negative perceptions and practices.

We don’t know about India but in Pakistan at least four federal ministries have tried to make peacebuilding part of their policy in recent past, without much success i.e. ministry for planning, development and reforms, ministry for religious affairs, the interior ministry and ministry of law, justice and human rights. The first gave up after creating a ‘peace unit’ in the ministry (2014), second was unable to show a policy document for interfaith harmony (2015) when asked by national commission for human rights. The third mandated to implement national counterterrorism action plan is yet to elaborate its policy concerning peacebuilding (2014). The last was partitioned into two ministries recently which produced an action plan for human rights without a human rights policy (2016). Education ministry could have played an instrumental role but it hasn’t produced any blueprint on its responsibility in peacebuilding. The ministry for commerce backtracked from giving India an MFN status.

The disruptive tendencies in the domestic power dynamics as well as regional influences can be defeated if the nuance of non-violence and peace finds enough appreciation amongst the state apparatus and opinion makers.

The flicker of hope in vibes from the ministry of foreign affairs reaffirms the commonsense choice for peaceful coexistence. It is the most reasonable way out from the clutches of poverty, extremism and underdevelopment, only if we can craft the goodwill for peace into policy approach or a cause to live for.

The fear of fear