Connection between Fiji and Quetta

Connection between Fiji and Quetta

I had never forese­en a link betwee­n Fiji and the bomb blast that recent­ly occurr­ed in Quetta killin­g 73 people­
By Javed Chaudhry
Published: August 30, 2016
Tweet Email 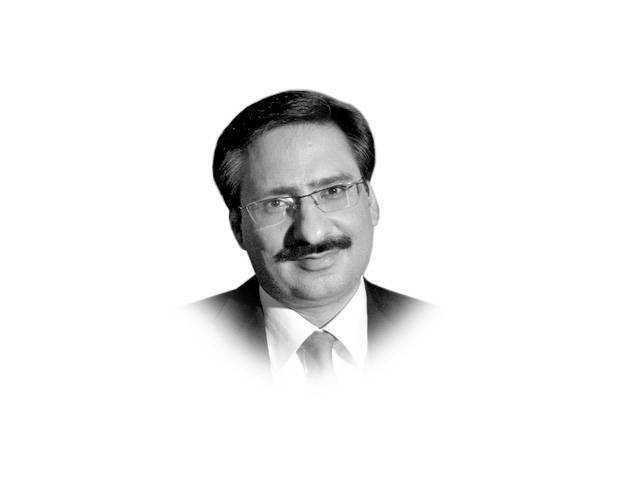 I had never foreseen a link between Fiji and the bomb blast that recently occurred in Quetta killing 73 people. Nevertheless, a fascinating account by a Fijian Muslim, as narrated to him by an Indian minster, established a link and it troubled me. It was the night of June 29, 2016. Fiji’s parliament could be seen from the balcony of my hotel. The ocean lapped up on the shore at the rear of the hotel. Winds swept past me, pounding the edifice of the parliament building and bounced back to my balcony. I was sitting alone trying to absorb the whispers of the night. An unexpected call disrupted my thoughts. A gentleman wanted to meet me. I was perturbed. A stranger had come to meet me in the dark of the night. I went to the lobby. A middle-aged man stood there. He had traced me through my Facebook account. Perhaps his name was Abdul Qadir. He wanted to share a secret with me. “I’m living with the burden of this secret for the last 10 years,” he muttered. “I couldn’t find an appropriate and relevant Pakistani. You are a known mediaperson so I reckon I have found the right person to pass on the information.”

The man was born in Fiji with his grandfather having moved there from Jallandhar in 1906. At the time of Partition, his extended family back home moved from India to Pakistan. He was a Fijian but was still confused about his roots — was he an Indian or a Pakistani by origin? Ever since his birth, he had neither been to India nor Pakistan. Yet, he had an inexplicable adoration for Pakistan. That affection for the country had drawn him to me. I was deeply absorbed in his passionate monologue. After divulging his background, he started to unravel the secret, deep-seated in his heart, for the last decade.

He disclosed: “The Indian Minister of State for Foreign Affairs, E Ahmad, visited Fiji in October 2006. He hails from Kerala and is a Muslim. He was also the president of the Indian Union Muslim League. Involved in politics since 1965, he had been elected to the provincial assembly of Kerala five times. Since 1991, he had been elected seven times to the Lok Sabha and was appointed Indian minister of state twice. He is considered a seasoned and wise politician who has four books to his credit.

“In 2006, when he visited Fiji, he was a guest of the Indian consulate. At the tail end of his tour, he requested a meeting with Fijian Muslims of Indian descent. The Indian high commissioner contacted the local Muslim League. Consequently, we hosted a reception for the minister. He came to the reception and settled down with us. At the end of the reception, E Ahmed went to the refreshments table. I followed him, introduced myself and asked: ‘There is track-II diplomacy going on between India and Pakistan. Do you see any tangible result coming out of it?’ He immediately inquired about my roots. I told him about my ancestral city Jallandhar. He thought for a moment, and then spoke in a solid tone, ‘Whether it is track II, III or IV, I don’t see any substantial result.’ ‘Why?’ I inquired.

“The minister replied, ‘We have a firm resolve that we will not spare an inch of Indian Kashmir to Pakistan.’ I further probed, ‘Who are the decision-makers?’ He replied, ‘The BJP, the Congress and the Indian Army are firm on this. We stand united on this issue.’ I asked him solemnly, ‘A lot of Kashmiris are dying. How long will this continue?’ He retorted rather angrily, ‘You don’t need to worry. We have worked out the maximum damage. We are a big country with a strong economy. India can bear this damage but Pakistan would not be able to bear half the damage inflicted upon it. It is bound to break.’ I, personally, was perturbed by the statement of the minister. I requested him to graciously further elaborate his assertion. He spoke in unequivocal words, ‘In the 1980s, Pakistan dug two ditches for India — Khalistan and Kashmir. Pakistan had anticipated Indian diplomacy failing on Khalistan. This strategy of Pakistan hurt us a lot. We went on the defensive on the Khalistan imbroglio. At the same time, half of our army had to be deployed in Kashmir. We hasve been bearing expenses of 700,000 army personnel in Kashmir for the last 25 years. Pakistan wanted to exhaust India to compel it to come to negotiations. Somehow, we braved the situation. Now it is our turn.’

“The minister paused for a moment, glared into my eyes and continued, ‘Now we are digging ditches for Pakistan. We are making Iran and Afghanistan lines of control, similar to the LoC of Kashmir and replicating Kashmir in Balochistan. Pakistan compelled us to deploy a major chunk of our army in Kashmir. Now we are forcing it to deploy its forces on the Afghan and Iran borders.’

“I questioned as to how India will manage its strategy. He smiled and confided in me for reasons still unknown to me, ‘We have already done it. Now you will see the past allies of Pakistan turning their backs on it. These allies will become safe havens for guerillas fighting against Pakistan; Balochistan will become a perpetually volatile area. It will be compelled to endure huge expenses. Pakistan is a poor country. It won’t be able to continuously face so many challenges on all fronts simultaneously. It will be impelled to deploy its forces on its borders and within cities. We will teach Pakistan a lesson.’

“The minister finished his tea and mingled with the hosts and the diplomatic staff. Since that day, I have been thinking about the conversation I had with the minister. I am a citizen of Fiji. My ancestors came here from Jallandhar a century ago. Yet I have affection for your country. You need to take better care of it.”

The gentleman then stood up, shook my hand and left the hotel. Now, as I see carnage and violence afflicting Pakistan, I am reminded of Fiji, that man from Jallandhar and the Indian minister, E Ahmad. I can perceive a connection among the three and the terrorism that plagues Pakistan. We need to understand that a new strategy and a new policy needs to be devised in the shifting scenario. Else, doom will be knocking on our door.

The enigma of Pak-Afghan relations