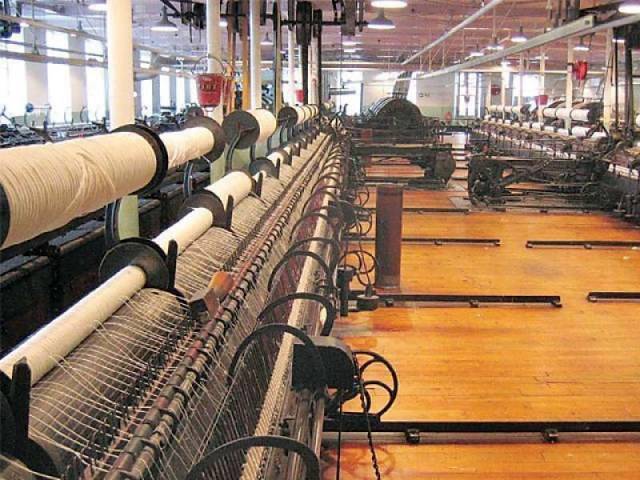 APTMA has been constantly blaming the FBR for its lack of commitment in implementing the agreement it signed with the textile industry regarding the resumption of zero-rated tax regime. PHOTO: FILE

ISLAMABAD: In violation of an agreement with the textile sector to charge its supply chain at zero sales tax rates, the government is still collecting 22% taxes on import of textile waste used as raw material in manufacturing value-added products.

Spinning mills importing fabric waste are forced to pay 17% sales tax and 5% withholding tax at the import stage, which they cannot recover due to overall zero-rating status of the textile sector, according to industry people.

The spinning industries that rely on fabric waste as raw material of yarn have started feeling the brunt of the move, fearing that they would soon become uncompetitive in the international market due to high input cost.

The country’s exports are already on decline for the last four years. The value-added sector that has started gaining footprints on back of duty-free status granted by the European Union may be the biggest loser of the government’s move.

About a tenth of the total spinning sector uses textile waste as a raw material, said the industry officials.

On May 29, Finance Minister Ishaq Dar had accepted industrialists’ demand of declaring the entire local and foreign supply chains of five export-oriented sectors be charged at zero sales tax. These sectors are textile, carpets, surgical, sports and leather. Usually, the exports are zero-rated. The government has long been using the exporters’ refunds to inflate its revenue collection, which has also affected the sector’s competitiveness.

The Customs department is assessing consignments of cotton waste in fabric form at the rate of 17% sales tax and 5% income tax, according to All Pakistan Textile Mills Association (APTMA) – the representative body of the textile millers.

“This is a clear anomaly as fabric waste is also a type of cotton waste and is used as a direct raw material by spinning mills. It is not a finished product rather input and raw material for the spinning industry,” it said.

The dispute between tax authorities and textile manufacturers seems never-ending, as after declaring the sector zero-rated, the government also slapped 5% sales tax on cotton import to appease the agriculturists lobby in the parliament. It is also charging 2% further sales tax from those manufacturers who are registered with the FBR but are selling goods to the unregistered persons. It is tantamount to punishing the registered persons for the FBR’s inefficiencies.

There is realisation at some level in the FBR that like other raw materials, the fabric waste should also be exempted from taxes. However, according to sources having knowledge of the issue, the top brass of the FBR is not ready to address this anomaly.

The APTMA has been constantly blaming the FBR for its lack of commitment in implementing the agreement it signed with the textile industry regarding the resumption of zero-rated tax regime.

The FBR says the regime has been properly implemented with effect from July 1, 2016.

The APTMA said that many of its member mills used textile waste in fabric form as raw material just like cotton waste and yarn waste.  They convert it into fibre and then recycle back into yarn. This raw material has been left out in the notification the FBR issued to give effect to the zero-rating regime.

The recycling industry had just started gaining footprints in Pakistan after EU and Turkey. The manufacturers invested in the latest technology to gain competitive edge over other countries. They are meeting their demands by importing the waste, as shifting of garments industry abroad also hit local supplies of the waste.

The industry is importing on average 10-15 containers per month of the waste cotton that is used for manufacturing of socks, gloves, blankets and other value-added products.