Nitin Desai stress­ed that SDGs and trans-bounda­ry cooper­ation in South Asia could not be achiev­ed by workin­g in silos
By Our Correspondent
Published: August 27, 2016
Tweet Email 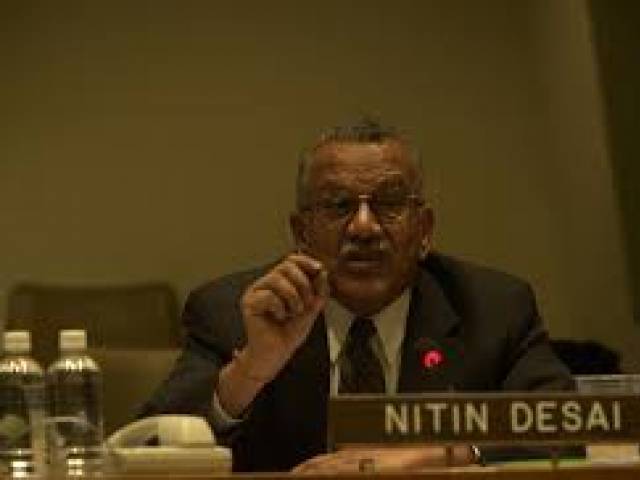 Nitin Desai stressed that SDGs and trans-boundary cooperation in South Asia could not be achieved by working in silos. PHOTO: TWITTER

NEW DELHI: South Asia cannot attain sustainable development by solely relying on governments; there has to be collective efforts from the private sector and civil society as well, experts said.

This was the conclusion of a regional dialogue held in New Delhi recently. The dialogue titled “Sustainable Development in South Asia: Exploring Trans-boundary Cooperation in Agriculture, Water and Energy” was organised by CUTS International.

Former undersecretary general of the United Nations Nitin Desai stressed that Sustainable Development Goals (SDGs) and trans-boundary cooperation in South Asia could not be achieved by working in silos.

He said SDGs were highly interconnected, therefore, there was a need to design an integrated programme based on a decentralised approach.

Speaking about regional cooperation, he noted that there was a huge scope for cooperation in the areas of energy and water and India being a key country had to play an active role.

India should take a certain lead in fostering cooperation; not just it was a big country but also because it would gain from it, he said.

“Our approach should focus on connecting the goals and various stakeholders including government departments. Policies perceived at the top level and their integration at the bottom should be the priority,” Desai said.