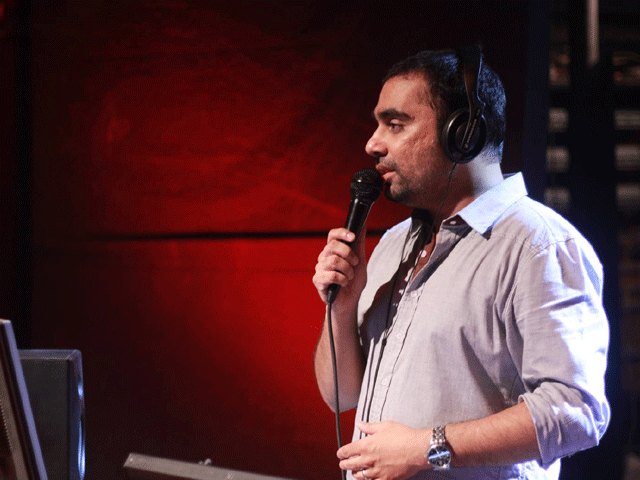 Amidst all the hate, Coke Studio has found an ally in Nescafe Basement's Zulfiqar Jabbar Khan. SCREEBNGRAB

Coke Studio has found an ally in Nescafe Basement producer, Xulfi, who has taken to social media to insist people should see things differently.

Speaking to The Express Tribune, Zulfiqar explained that he decided to share his message due to “the current criticism thrown at Coke Studio.”

In the post, the famed musician claimed that while liking or disliking the content being produced is a matter of opinion, it is great that music is being talked about in general.

Xulfi also said that he’s hopeful that collaborations keep taking place. “We are lucky to have music shows like Coke Studio and Nescafe Basement in our country,” he added.

Not everyone is critical about the current season though. A lot of people on Twitter continue to express their love for perhaps Pakistan’s most popular music show ever:

Stop criticising #CokeStudio,if you don't like it produce one better thn #CokeStudio

Pakistanis whining over EVERYTHING

Bholay Bhaalay is a pure Coke studio song. Ample of fusion, fun and mood.@itsmeeshashafi shines! (ANYONE SEE THAT GLITTER!?!?) #CokeStudio9

Listening to Aaqa on repeat by @alisethimusic. What's not to love in this song? What more could you ask from this qawwali? #CokeStudio9

My life goal is to be as happy and excited as these guys in Coke Studio. #CokeStudio9 pic.twitter.com/cTfxDuwJ6m

#PakistanMeansToMe When you I listen to #CokeStudio9
Hats off

Am I the only one loving Season 9 of #CokeStudio? It's different, sure, but all the songs are quality