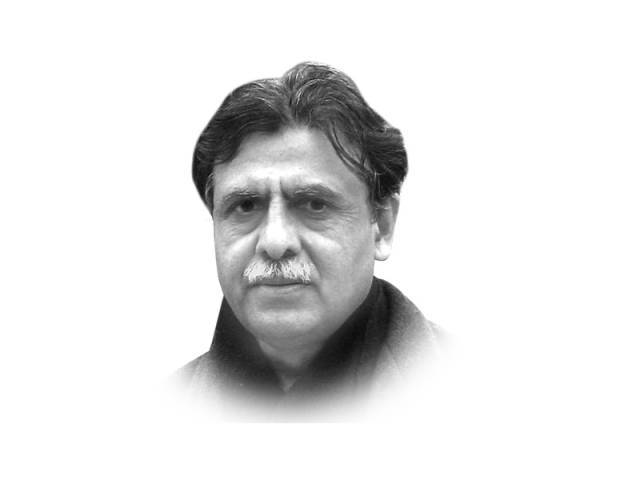 The writer is a former interior secretary. He led Pakistan in parleys with India in 2004 on border management and counterterrorism. He teaches at LUMS

The Indian prime minister, in his Independence Day address, raised his voice against what he termed were abuses of human rights in Azad Kashmir, Gilgit-Baltistan and more conspicuously, in Balochistan. The latter is not exactly the most peaceful area of the country, with the recent carnage in Quetta taking out the top brass of the provincial legal community. In Balochistan, Pakistan has indeed been faced with its Wild West. But at the same time, one also sees India continuously battling with its secessionist and insurgency-ridden backyard in the northeast at the farther end of the subcontinent in Assam, Manipur, Tripura, Mizoram, Nagaland and so on. Narendra Modi’s public pronouncement comes at a time when events in Indian-held Kashmir have become a source of permanent jitters for the Indians with no doable means to get out of the mess. From the Indian perspective, it was high time to raise the premium for Pakistan if it raised its voice for the just cause of the Kashmiris. Modi’s broadside on Balochistan is a forewarning to Pakistan as to what is in store if it does not back off from its resolve on Kashmir. Vital installations, gas pipelines, grid stations and railway tracks have been attacked in the past in the province. Lawyers, doctors, professors, ethnic and religious minorities, construction workers and pilgrims to Iran have been subjected to brutal targeted killings and suicide attacks. But can Modi tell us who has been under attack in the Kashmir valley and who is spraying the faces of young people, women and children with pellet bullets? Why is the valley under curfew for the second month running? What does the human rights record in Kashmir tell us about the largest democracy in the world?

A gleaning of the Indian press reveals that some opinion-makers, while endorsing Modi’s posturing, have also said that Balochistan was a matter pending settlement since Partition. In this regard, staging posts established across the Durand Line and placing proxies within and outside Pakistan have served the Indian agenda, but such tactics can hardly turn the tide. Balochistan has in many ways suffered from misgovernance and poor policy choices. As the largest and least integrated province of the country, it has some systemic issues that require a better understanding. Historically, areas west of the Indus always presented a vast swathe of ungovernable spaces for the centre. Post-independence Pakistan could not predict the nature of challenges it would face with the change in mantle. Nearly all post-colonial societies have faced similar dilemmas, where after a euphoric spell, they were stuck in a bind with minimal preparedness to grapple with the issues of federalism, pluralism and a fair apportionment of resources and opportunities. State formation is an ongoing process which requires constant improvement in the building blocks. The US, for example, is a successful federal model with a futuristic vision. Its state formation is a story of purchases and acquisitions. A significant portion of American land was incorporated through acquisitive purchases. The result of the Louisiana purchase in the 19th century from the French can now be seen in the form of 15 states, including some very large ones like Texas, New Orleans and Colorado. The purchase of Alaska from Russia and Florida from Spain falls in the same category.

Another complex layer of post-colonial societies can be seen in the mode of imperial acquisitions that added to the land mass of these countries during the colonial era without seamlessly integrating them within the national framework. The Pakhtun belt of Balochistan was an acquisition and was parcelled out from eastern Kandahar in the 19th century while the Khanates of Lasbela, Kharan, Kalat and later on Makran, like all other over 500 princely states in the subcontinent, had treaty arrangements with the British. At the time of independence, the princely states had the choice of acceding to either India or Pakistan, or staying independent. Quite a few states expressed their will to stay independent, but within a period of two years, guided by the principle of geographical proximity, all states were made to merge with either of the two countries. In Kashmir, this triggered a clash. It was a Muslim-majority state with better proximity to Pakistan with the Maharaja earlier on entering into a standstill agreement with Pakistan. Apart from persuasion and cajoling, military means were used by India, like in the case of Hyderabad and Junagarh, to take physical control of Kashmir. There was not a single princely state within the Indian landmass, which could exercise or sustain its independence. All were integrated within the Indian Union. Sikkim, which enjoyed protectorate status until 1975, was also absorbed in the Indian Union.

The outer rims of the subcontinent pose a similar set of problems for the two countries. India has been grappling with political uncertainties and perennial insurgencies, secessionist movements and ethnic tensions in the land-locked northeast, which has a population of over 40 million. The only connectivity with the six farthest states is through an insurgency-prone forested strip known as the Siliguri Corridor to Bangladesh’s north. The northeastern region, interestingly enough, was historically not a part of the subcontinent and had remained under Burmese dynasties. It was only in the 19th century that the British took control of this area. The Tibeto-Burmese stock had nothing in common with mainland India. As a result, there have been persistent insurgencies in the region. What was Assam at one time was split into six states to ease out political acrimony. Even that device did not work. The state of Arunachal Pradesh, bordering China and also claimed by the Chinese, was part of south Tibet. It was ceded to British India just a hundred years ago.

Modi’s latest salvo should by no means deter Pakistan from espousing the cause of the Kashmiris. The people in the valley must be given breathing space. They are entitled to a hassle-free life. In this regard, India and Pakistan have to do their respective bits. India should revisit the indiscriminate use of the Armed Forces Special Powers Act and set a plan for de-escalation and demilitarisation of civilian areas. This can only happen if it lets go of its false pride and enters into negotiations with the Kashmiri leadership representing all hues and shades. In the same breath, Pakistan should take effective steps to guard against elements crossing over the LoC, and adding to the woes of the Kashmiris, and blunting their genuine struggle. With this minimal approach, a beginning has to be made.

As far as Balochistan is concerned, apart from the announcement of economic packages for the province, it needs a healing touch, with its people being given the opportunity to define their destiny. I will address this issue in another piece.

Today and tomorrow of our children