Chan Zucker­berg Initia­tive plans to give away $1 billio­n each year till 2018
By Tech Desk
Published: August 21, 2016
Tweet Email 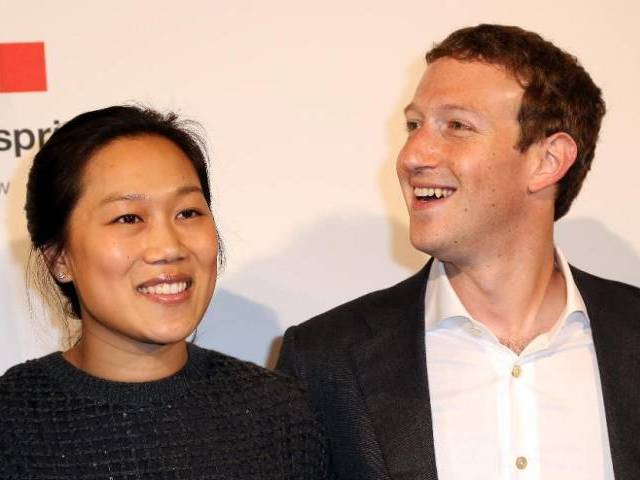 In the first gesture to fulfill the pledge he and his wife made last year, Facebook CEO Mark Zuckerberg has sold $95 million of the social networking giant’s shares.

Zuckerberg and his wife Priscilla Chan pledged last year to give away virtually all of their $53.3 billion in Facebook shares, setting a new philanthropic benchmark. The couple has now made their first installment by selling a portion of their Facebook shares that amounts to $95 million.

The couple established Chan Zuckerberg Initiative last year and plan to give away $1 billion each year till 2018. The charity formed by them aims to “advance human potential and promote equality.”

Chan Zuckerberg Initiative initially plans on improving education, combating diseases and strengthening communities with its first venture being Andela, a startup designed to train African engineers for employment in the technological sector.

The price of shares sold varied between $122.85 to $124.31 with the number of shares exceeding 760,000 and would yield more than $85 million after capital gains taxes have been deducted.

Facebook has not yet released an official statement on the matter.